In a unanimous decision on 26th July, the Supreme Court of Canada has ruled in favour of the Inuit hamlet of Clyde River in a landmark ruling that will have far-reaching and lasting impacts across Canada in terms of Indigenous rights and resource extraction projects, including Arctic oil exploration, tar sands and pipelines.

The 1,000 person community of Clyde River took their case to the highest court in the country to fight seismic blasting, a dangerous form of oil exploration involving firing loud, underwater explosions to map the seabed for oil deposits. The marine life upon which the community has traditionally depended for food security could have be harmed, even killed, by the deafening noise of the blasts. 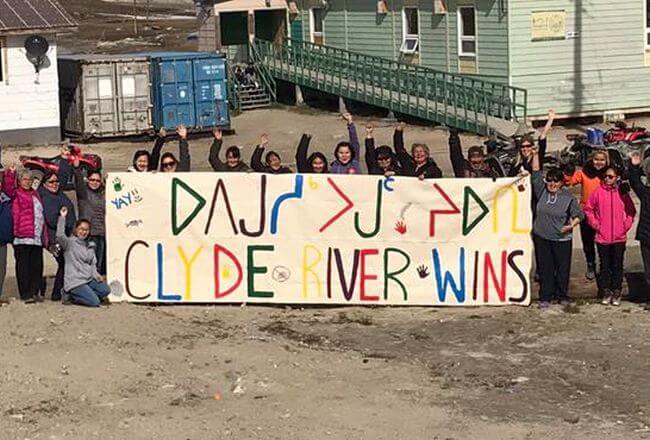 Clyde River’s case called on the Supreme Court to stop a five year seismic blasting project approved by the National Energy Board, citing the government’s failure to meaningfully consult with impacted communities. The ruling strengthens respect for Indigenous rights.

Reacting to the news from Ottawa, Canada, Jerry Natanine, a community leader and former mayor of Clyde River, said:

“I’m truly grateful to the Supreme Court for this ruling, which protects my community and the marine animals on which we depend from seismic blasting. This ruling will also help protect Indigenous rights and voices, and hopefully shield others from what we’ve been through. Like all people, we want economic opportunities to flow into our communities. But we know that we are part of the land, and an economy that destroys the earth destroys ourselves.”

“The court’s decision is truly groundbreaking for Clyde River and for Indigenous rights across Canada. It took the highest Court in the land to remind the Government of Canada once again that consultation with Indigenous peoples must be meaningful. Government cannot simply pay lip service to sacred constitutional obligations. It has been an honour representing the people of Clyde River, who refused to back down despite seemingly impossible odds. They have won a victory for Indigenous rights everywhere.”

“Today, we send our gratitude to the Clyde River Hamlet, Hunters and Trappers Organization, and former Mayor Jerry Natanine who have fought tirelessly for the last three years to uphold their rights and fight for Arctic protection. Clyde River has been waiting in uncomfortable anticipation as their food sovereignty and entire way of life hung in the balance. This has truly been a life or death case for Clyde River and this ruling provides hope for Indigenous communities to assert their sovereignty and rights over energy resource projects on their lands and in their waters.”

The impacts of this ruling extend far beyond this one region and will result in the protection of marine animals — including beluga, narwhal and bowhead whale populations — and safeguarding our climate from the unnecessary exploitation of Arctic oil reserves.”

Clyde River challenged the approval of licences for seismic blasting on the northeast coast of Baffin Island in Nunavut. The proposed testing could have negatively affected the treaty rights of the Inuit of Clyde River, who opposed the seismic testing, alleging that the duty to consult had not been fulfilled in relation to it.

The Supreme Court of Canada ruled that while the National Energy Board process can be a vehicle for consultation for the Crown to act and can determine whether the Crown’s duty to Consult has been fulfilled, the Crown’s duty was not fulfilled in this case. When the NEB fails to fulfill its duty, the NEB must withhold project approval.

In this case the consultation and accommodation efforts were inadequate and fell short in several respects, including the failure to engage in deep consultation.