U of T researchers have developed a new strategy to remove tiny oil droplets from wastewater with more than 90% efficiency, in just 10 minutes. Their secret weapon: a sponge.

“Oil extraction operations such as hydraulic fracturing, or fracking, produce nearly 100 billion barrels of oil-contaminated wastewater each year,” says Professor Chul Park (MIE). “Because the oil is in the form of tiny droplets rather than a large oil slick, we can’t use the same strategies we would use to clean up a surface spill.” 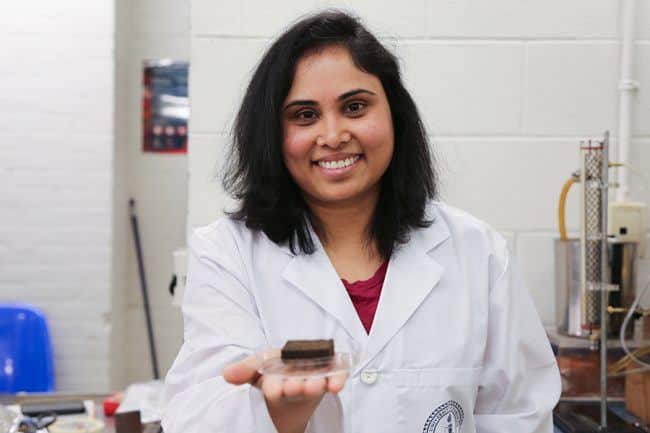 Cherukupally focused on the use of ordinary polyurethane foams — similar to those found in couch cushions — to separate tiny droplets of oil from wastewater. By carefully controlling the porosity and other properties, she designed sponges that would adsorb the oil droplets onto its surface while letting water flow through efficiently. Two years ago, she reported a prototype that could remove more than 95% of the oil in the samples she tested.

But there were two major drawbacks to this system. The first was a slow rate of removal: it took three hours to remove oil droplets from water, which would not be fast enough for an industrial-scale process.

The other had to do with the pH of the water. 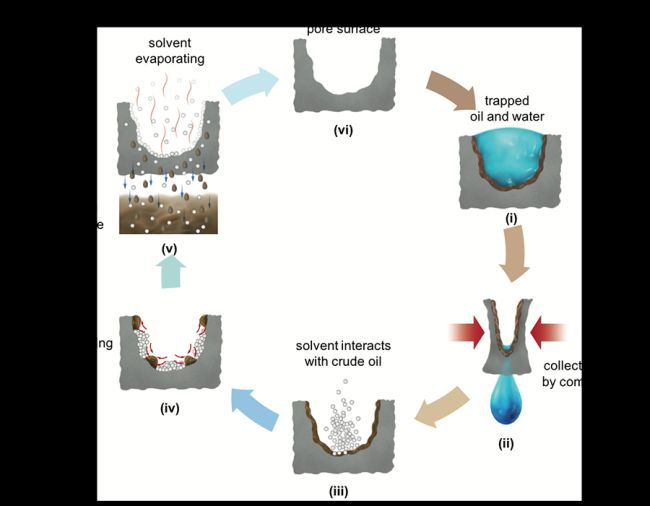 “The optimal pH for our system was 5.6, but real–life wastewater can range in pH from around 4 to 10,” says Cherukupally. “As we got toward the top of that scale, we saw removal drop off significantly, down to maybe 6 or 7%.”

In her latest work, published today in Nature Sustainability , Cherukupally partnered with U of T chemists Dr. Wei Sun and Annabelle Wong, in the lab of Professor Geoffrey Ozin (Chemistry) to chemically modify the foams. By adding tiny particles of a material known as nanocrystalline silicon to the foam’s surface, they were able to control its critical surface energy. 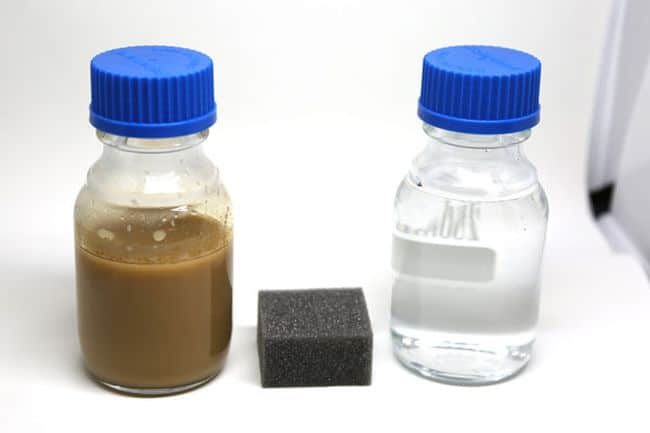 Cherukupally also reached out to Professor Daryl Williams at Imperial College London. His lab group provided specialized surface characterization techniques validate the team’s approach to controlling the critical surface energy, as well as advice on oil recovery. She continues to work in his lab as a postdoctoral fellow today.

The current prototype works over a much wider pH range than the previous version. It’s also faster: at the optimal pH 5.6 the system removes more than 92% of the oil in just 10 minutes. The oil is easy to extract using common solvents, enabling it to be recovered for use. The sponge can be used again — the team tested it 10 times and saw no degradation in performance.

The work has spawned two new collaborations. The first, between Park and researchers at Natural Resources Canada, looks at scaling up the system and adapting it for salt water, with the aim of using it to clean up marine oil spills. The other, between Bilton and Fisheries and Oceans Canada, focuses more specifically on marine spills in low-temperature environments, where changes to oil’s viscosity makes it even harder to remove.

“Current strategies for oil spill cleanup are focused on the floating oil slick, but they miss the microdroplets that form in the water column,” says Bilton. “Though our system was designed for industrial wastewater, adapting it for freshwater or marine conditions could help reduce environmental contamination from future spills.”