OHT has been announced preferred supplier for the foundation installation at the world’s largest offshore wind farm Dogger Bank. OHT’s new build vessel ‘Alfa Lift’, designed by Ulstein, will carry out the transport and installation of monopile foundations and transition pieces for the Creyke Beck A and B wind farms.

OHT’s Alfa Lift vessel, of Ulstein design, will arrive to the market in 2021. She will be the world’s largest and most efficient custom-built offshore wind foundation installation vessel, featuring a 3,000-tonne state-of-the-art crane and more than 12,300 square metres of available deck space. 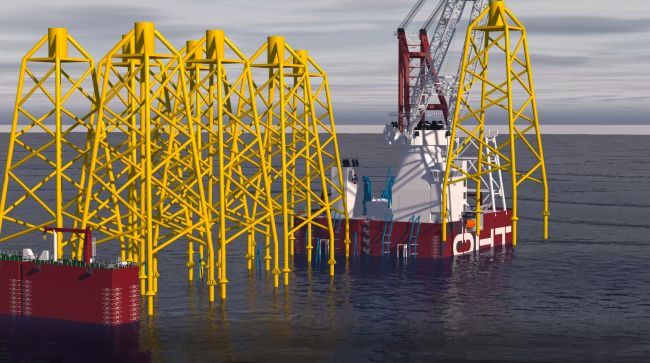 The main deck will incorporate a fully automated skidding system, whilst the forecastle deck will carry transition pieces and mission equipment. The vessel has a capacity to carry a total payload of up to 51,250 tonnes. The Alfa Lift vessel is under construction at China Merchants Heavy Industry (CMHI) yard in Jiangsu.

Utilising a single vessel, the foundations will be transported to the offshore site, approximately 130km off the north-east coast of England, and installed in water depths of up to 35 metres. The 216-metre long vessel features a 3000-tonne crane and will load out 10 Dogger Bank monopiles and 10 transition pieces for installation at a time thanks to its 48,000-tonne deadweight.

“The monopiles that will be installed at Dogger Bank will be amongst the largest ever used on an offshore wind farm and we needed a vessel that would allow us to deliver our project in the safest and most efficient way. OHT’s Alfa Lift’s capability offers us this solution and we look forward to working with them to deliver Dogger Bank Wind Farms,” said Steve Wilson, Project Director, Dogger Bank Wind Farms.

SSE Renewables capital projects director Paul Cooley added: “Dogger Bank Wind Farms is paving the way for future offshore wind developments, not just in the UK but globally, by utilising some of the most innovative and efficient technology on the market, like the Alfa Lift vessel, and we are very pleased to have OHT working with us as we deliver this ground-breaking project.” 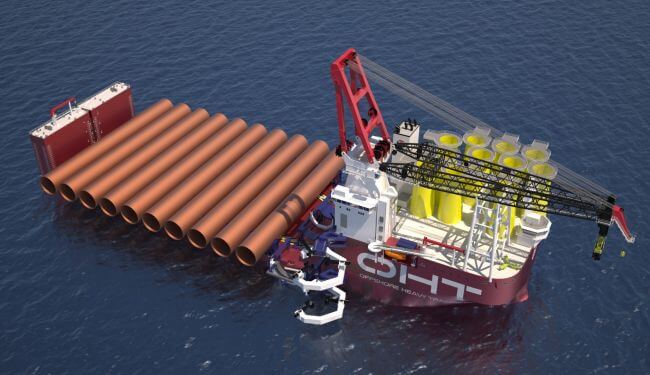 Transport and installation of monopiles and transition pieces is expected to be performed between 2022 and 2024.

“We are humbled and honoured to be selected as the preferred supplier for this momentous project, bringing the world’s largest and most capable offshore wind installation vessel to the world’s largest wind farm, to support the world’s most powerful turbines,” said OHT chief executive Torgeir Ramstad.

“We very much look forward to working with SSE Renewables and Equinor in a cooperative and transparent way to ensure the safe and timely execution of these key projects,” he said. 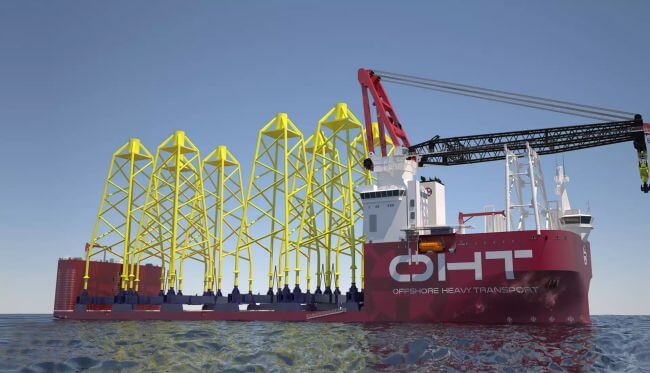 OHT specialises in transporting oversized heavy cargoes for various markets including Oil & Gas, Offshore Wind and large infrastructure projects. The company has executed hundreds of successful projects on behalf of its customers and has transported jack-up rigs for the majority of rig-owners worldwide.

Alfa Lift is OHT’s first vessel built specifically for the offshore wind market. The vessel has been designed by the Holland based Ulstein Design & Solutions BV.

The heavy lift crane installation vessel with semi-submersible heavy transportation capabilities will be the world’s largest, custom-built vessel for offshore wind foundation installation and will optimise efficiency for the transport and installation of next generation foundations.