You are here: Home › Shipping News › Ocean Network Express (ONE) Will Face Challenge Of Harnessing Working Strengths Of Trio
TwitterFacebookLinkedInPinterestBuffer

iContainers, the 100% online freight forwarder, says that the start of operations of the world’s newest container shipping line, Ocean Network Express, or ONE, will be tested by its capability to harness synergies from the formerly-three liners it’s made up of.

The new Japanese line is no stranger to the industry. It’s a result of the merger of Japan’s formerly-three largest shipping lines, Nippon Yusen Kaisha (NYK), Mitsui OSK Lines (MOL), and Kawasaki Kisen Kaisha (K Line), in an attempt to avoid a result similar to that of South Korea’s Hanjin Shipping. According to Alphaliner’s top 100 list, ONE currently holds a market share of 6.9%.

iContainers says their combined resources will give them larger economies of scale to allow them to access new markets. But they will face the challenge of taking on a “new brand identity”. 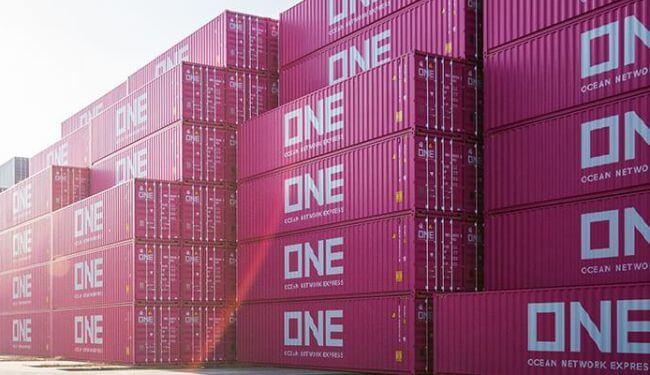 “Each carrier has its own strengths and weaknesses. So the trick will be to carry over the strengths,” says Klaus Lysdal, Vice President of Sales and Operations at iContainers.

“Obviously, with three company cultures coming together into one there will be some values that will change. Approaches and protocol will have to be set as the trio look to take on a brand new identity. This will cost them some clients, especially those who enjoyed a certain way of working with a certain carrier.”

ONE was established in July last year and officially began operations this month. The liner began receiving bookings on Feb 1st and its bright-colored containers began arriving at ports around the world a couple of weeks later. It will operate a combined fleet size of 1,440,000 TEUs through around 230 vessels and offer 85 service loops which will call at over 200 of the world’s major ports in 100 countries. Through the merger, ONE is reportedly expected to cut around $440 million in costs in its first fiscal year of operations.

“The industry will be waiting for the operational and financial results of this merger. But at first look, it’s safe to say that it makes a lot of sense for the three to come together and join forces instead risking it on their own,” says Mr Lysdal.

There are more than just financial benefits to the merger. By working together as a combined entity, Mr Lysdal says that ONE should take this opportunity to adopting the best practices of each member.

“Hopefully they’re able to clearly identify the strengths of each entity and harness the synergies created to refine their approach to clients. It’s now very much a matter of what style is adopted as the new company culture and what type of service they want to offer their clients,” explains Mr Lysdal.