Hercules Leader, a pure car and truck carrier (PCTC) operated by NYK, rescued six yachtsmen in distress off the coast of Bermuda on January 19.

While Hercules Leader was sailing from the U.S. port of Jacksonville to Gibraltar, a British colony south of Spain, the vessel received a request from the United States Coast Guard (USCG) to assist a yacht that had become stranded off the coast of Bermuda. 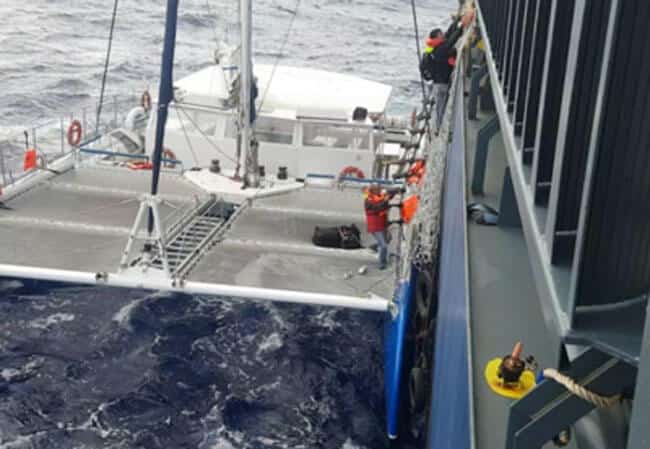 The ship immediately set a course for the yacht and rescued the six sailors around noon. The following day, on January 20, the yachtsmen disembarked from Hercules Leader into a rescue boat off Bermuda, as directed by the USCG.

Afterward, NYK was offered appreciation by the USCG in writing.

Rescue Vessels Pulls Out About 450 Migrants From Boat Off Tunisia