NYK has completed a new concept for a ship’s bridge and employed it on a large containership currently being managed by the NYK Group. The new bridge concept has been given the name “Integrated information and bridge system,” and the space and nautical instruments on this new bridge have been optimally, ergonomically arranged and designed to take advantage of IoT aspects of instruments and to improve the safety and efficiency of vessel operation. 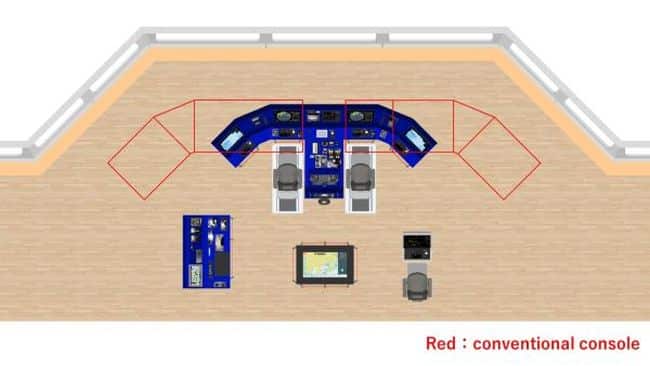 Half of marine accidents are said to be caused by human elements such as misrecognition and misjudgment by officers who operate ships in three shifts 24 hours a day. 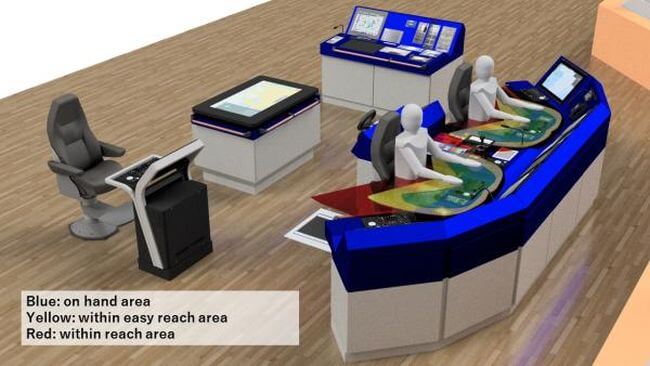 Since 2007, NYK, together with navigation equipment makers and shipbuilders, has been studying how to improve the bridge to enhance navigational watch efficiency and decease human error.

a. Integrated Navigation Console with Seats 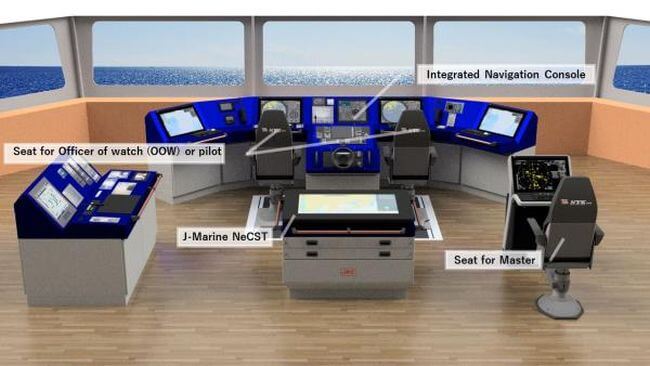 Generally, various nautical instruments and maneuvering equipment are located independently on the bridge, so officers must move around the bridge to gather navigational information. They must navigate the vessel while standing.

In contrast, the new concept makes use of an integrated console that is about two-thirds the size of a conventional one and enables officers to check essential navigational information and navigate the vessel at the same time. A seat helps officers better grasp the situation around the ship. 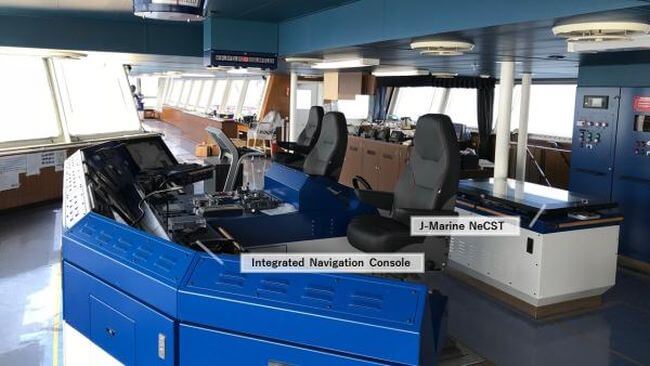 Moreover, a joystick type autopilot system for navigation has been adopted to better avoid collisions with other vessels and help officers in a sitting position easily maneuver the vessel. Moreover, a mini manual wheel has been installed on the console for steering in an emergency, taking safety into consideration.

The new bridge has been equipped with lager windows, and the gap between the windows has been minimized to reduce dead visibility angles. Wipers are now operated by remote control. And the shape of the bridge has been optimized to ensure clear sight from a sitting position. The layout has also been enhanced to improve the work environment and reduce weariness during navigational watches. 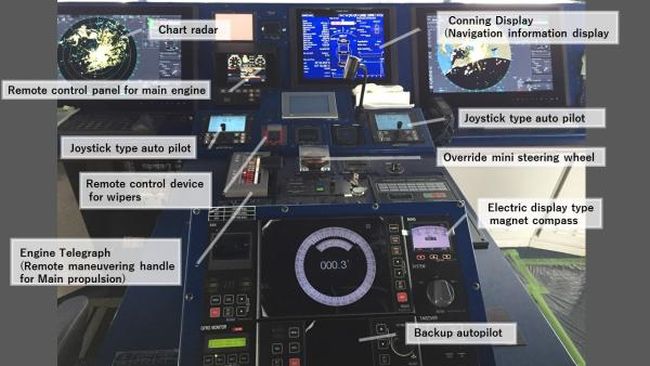 At the bridge wing, a narrow walkway extends outward from both sides of a pilothouse, allowing the ship to be maneuvered for entering/leaving harbor and berthing/un-berthing operation. This wing takes advantage of large windows and floor windows, and is equipped with an integrated control stand that can remotely control the main propulsion, rudder and bow thruster. A multi-function display, a workstation that can conduct some tasks at the same time, such as checking and operating navigational information, the radar, and ECDIS (Electronic Chart Display and Information System), is also located on the wings. 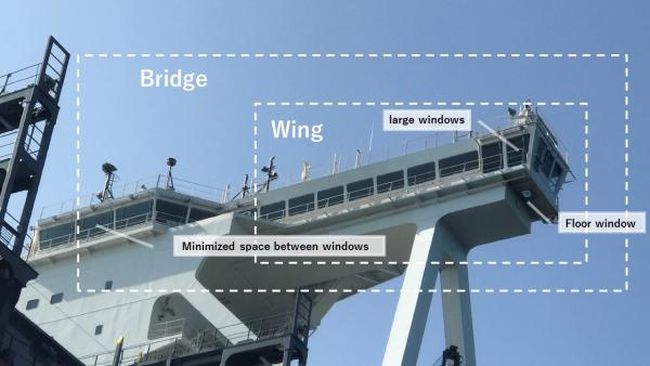 J-Marine NeCST, which was jointly developed by NYK, MTI Co. Ltd., and Japan Radio Co. Ltd. to make briefings among the officers and the pilot more efficient, has also been installed on the bridge. This will help NYK improve bridge resource management, or BRM, even when many officers are on the bridge conducting navigational watches during heavy vessel traffic. (BRM is a management method for preventing the occurrence of a major accident in the event of human error or mechanical failure.)

NYK has decided to adopt this new bridge on pure car and truck carriers and crude oil tankers, and is currently considering other types of vessels. NYK also plans to make use of this advancement as the company looks ahead to manned autonomous ships. 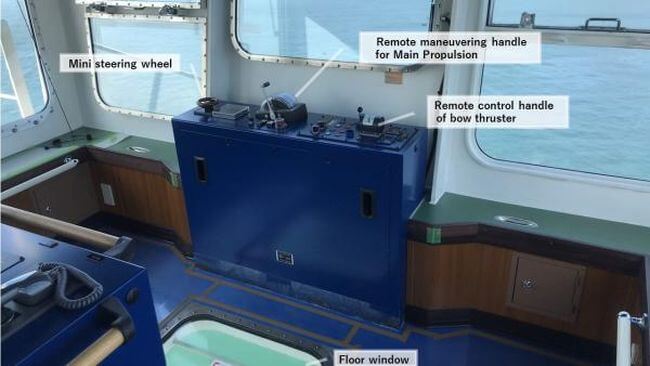 In its new medium-term management plan “Staying Ahead 2022 with Digitalization and Green” released in March, NYK announced a strategy to achieve sustainable growth. The NYK Group will continue to boost digitalization by making use of the group’s operational expertise to realize safer and more efficient operations and create new value.