A Norwegian Cruise Line ship ran aground on a reef on Tuesday after leaving Bermuda but no one was injured and the vessel was later floated off at high tide, the company said.

The Norwegian Dawn was on a week-long Boston to Bermuda cruise with 2,443 passengers and 1,059 crew, the world’s third-largest cruise operator said in a statement.

“All guests and crew are safe and there were absolutely no injuries,” Miami-based Norwegian Cruise Line said.

It said its ship was leaving King’s Wharf, Bermuda, at about 5 p.m. when the vessel had a “temporary malfunction of its steering system” which caused it to sail “slightly off course.” 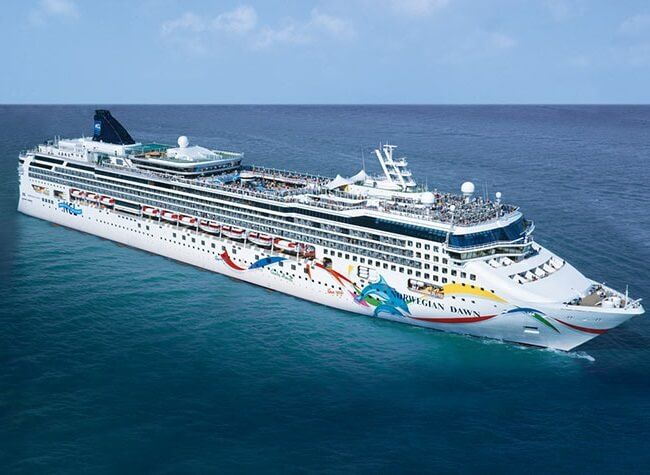 The company said the ship’s officers, engineers and an independent dive team have confirmed its structural integrity, and that the vessel will also be thoroughly inspected in Bermuda by DNVGL, the ship’s classification society, before returning to Boston.

“The ship is fully operational with the full complement of onboard services available to guests,” the company said, adding it would remain at anchor nearby overnight.

Photos posted on Twitter by people onboard showed passengers, some with drinks in hand, strolling on deck and peering over the rail into the bright blue sea.

Small boats checking for damage could be seen, as well as two tug boats and a Bermuda police boat, and scuba divers in wetsuits preparing to investigate below the waterline.

Maersk Line Awarded ‘The Best Global Shipping Line’
Want to share your tips and advice? Got questions? Visit the community forum to ask questions, get answers, meet people, and share your tips!