Norwegian Cruise Line, the innovator in global cruise travel with a nearly 53-year history of breaking boundaries, hosted a christening ceremony in Miami for its newest innovative ship, Norwegian Encore.

Over 3,500 guests consisting of travel partners, investors, government officials, media, and family and friends of Norwegian Cruise Line were invited to the pier-side ceremony and celebration at Port Miami.

An interactive arrival experience indicative of the brand’s commitment to world-class entertainment and innovative and meaningful experiences encouraged attendees to share the moment and to make lasting memories. 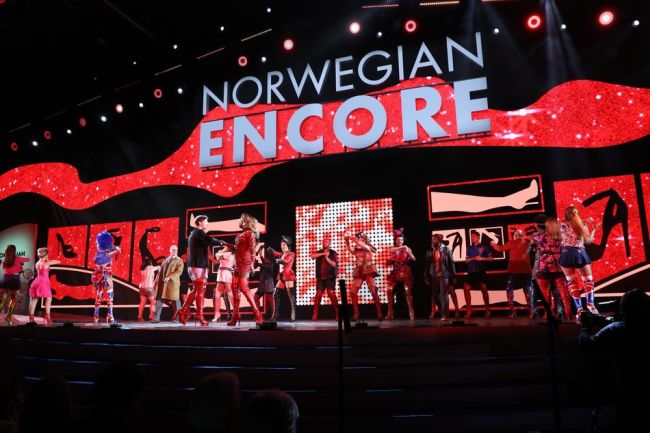 “Norwegian Cruise Line has been sailing from Miami for over 50 years,” said Frank Del Rio, president and chief executive officer of Norwegian Cruise Line Holdings. “We were the first to offer weekly cruises to the Caribbean from Miami, which shaped the city’s reputation as the ‘Cruise Capital of the World.’ Five years ago, we launched our history-making Breakaway Plus class and today, we are proud to christen Norwegian Encore, the final ship of this class and a true representation of the evolution of the brand, right here in our hometown of Miami.”

After the traditional blessings, honorary godmother and GRAMMY Award-winning artist, Kelly Clarkson, officially christened Norwegian Encore with the champagne bottle break across the ship’s hull. Guests were then treated to a live performance of Clarkson’s “Miss Independent,” “Stronger,” “Since U Been Gone,” and other chart-topping hits.

This milestone marks the closing of the Company’s most successful class of ships, the Breakaway Plus class, which first debuted in Miami with the introduction of Norwegian Escape in 2015. Norwegian Escape, Joy, Bliss and now Encore, have revolutionized the cruising industry with elevated experiences that include the world’s only racetracks and open-air laser tag arenas; the most sophisticated gaming and virtual reality complexes; world-class entertainment that rivals anything on land; and new, creative culinary offerings.