A Norwegian corporation has agreed to plead guilty and pay a $21 million criminal fine for its involvement in a conspiracy to fix prices, allocate customers, and rig bids, the Department of Justice announced today.

According to a one-count felony charge filed today in the U.S. District Court for the District of Maryland, Höegh Autoliners AS conspired with competitors to suppress and eliminate competition by allocating customers and routes, rigging bids, and fixing prices for the sale of international ocean shipments of roll-on, roll-off cargo to and from the United States and elsewhere, including the Port of Baltimore. Höegh participated in this conspiracy from as early as January 2001 until at least September 2012. 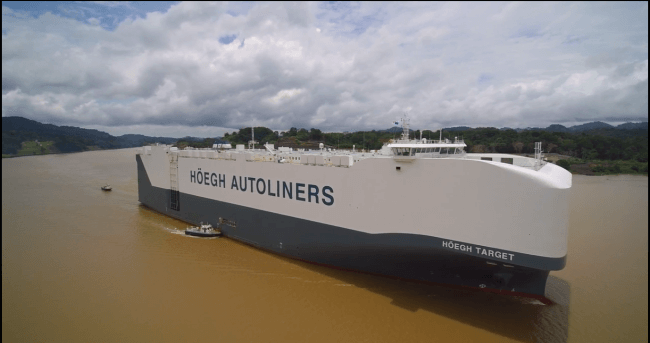 In addition to the fine, Höegh has agreed to be placed on corporate probation for three years to ensure full compliance with the antitrust laws. Höegh has also agreed to cooperate with the department’s ongoing investigation.

“With today’s charge, the United States has brought to justice another participant in a long-running global conspiracy to subvert competition for shipping services,” said Acting Assistant Attorney General Andrew Finch of the Justice Department’s Antitrust Division. “We expect Höegh to reform its corporate culture and prevent criminal conduct from recurring.”

“Today’s plea announcement is significant and highlights the FBI’s collaboration with our partner agencies as we hold this company accountable for this elaborate antitrust scheme,” said Special Agent in Charge Gordon B. Johnson of the FBI’s Baltimore Division. “The effort by investigators and prosecutors in this case cannot be overstated and will play a part in restoring confidence in the shipping industry. Our job is to protect victims who don’t see these crimes occurring, but who always end up paying the price.”

Höegh is the fifth company to plead guilty in this investigation—bringing the total criminal fines to over $255 million. Four executives have already pleaded guilty and been sentenced to prison terms. An additional seven executives are known to have been indicted, but remain fugitives.

Today’s charge is the result of an ongoing federal antitrust investigation into price fixing, bid rigging, and other anticompetitive conduct in the international roll-on, roll-off ocean shipping industry, which is being conducted by the Antitrust Division’s Washington Criminal I Section and the FBI’s Baltimore Field Office, along with assistance from the U.S. Customs and Border Protection Office of Professional Responsibility, Special Agent in Charge Washington/Special Investigations Unit. Anyone with information in connection with this investigation is urged to call the Antitrust Division’s Washington Criminal I Section at 202-307-6694, visit www.justice.gov/atr/report-violations, or call the FBI’s Baltimore Field Office at 410-265-8080.