Between June and October 2018, Volgo-Baltic Logistic (VBL), a subsidiary of North-Western Shipping Company (NWSC, part of UCL Holding), performed a unique transportation of oversize equipment intended for modernization of Gazpromneft’s Omsk Refinery. The operation is a part of a long-term project launched in 2016. 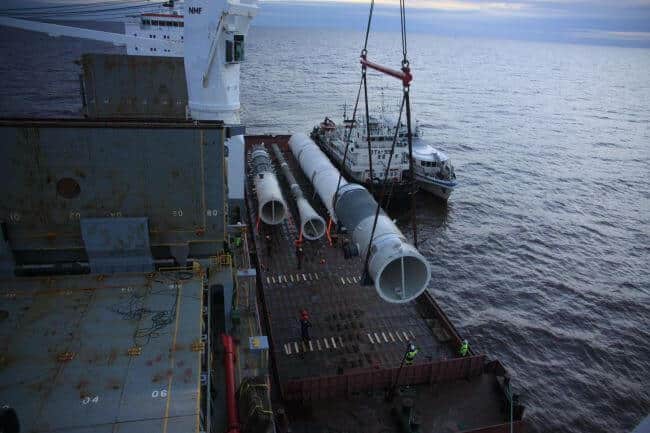 It took VBL several months to prepare the delivery of equipment to the customer. The phase of project documentation development included careful elaboration of the entire scheme of cargo delivery by ATB units to a dedicated RO-RO berth of Omsk Refinery. 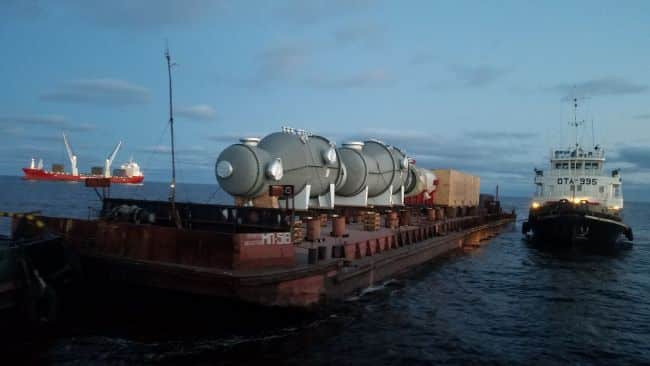 The first batch of equipment consisting of 19 units (separators, heaters, columns) intended for processing of hydrocarbons and weighing over 850 tonnes was delivered in August from several European ports. A large crane ship delivered the equipment to the anchorage of Novy Port (in the Gulf of Ob on the Northern Sea Route). The second batch of similar equipment (37 units) weighing more than 1,000 tonnes was delivered in September by a Chinese carrier. 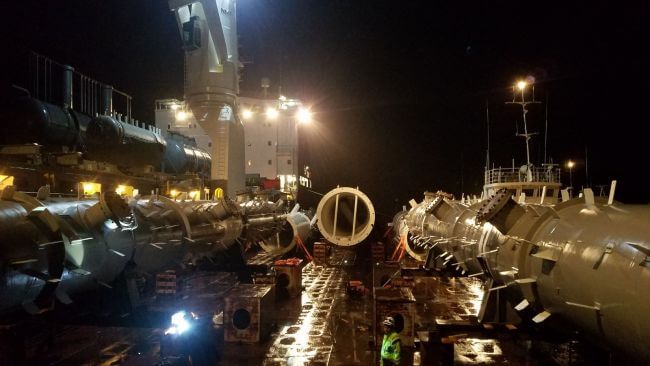 A hard and demanding operation on direct transshipment of heavy cargo from two crane ships to eight barges was performed at the Novy Port anchorage under the supervision of VBL project managers and representatives of engineering companies. Total weight of transshipped equipment is 1,900 tonnes.

VBL managers had developed an individual design of equipment fastening to each barge. An optimal layout for barges interchange alongside the crane ships had been developed together with the barges’ masters. This time, it took no more than half an hour for a loaded barge to be replaced with the next one versus up to five hours needed earlier.

Having delivered expensive equipment with strict observance of contract dates and with due quality, Volgo-Baltic Logistic has once again confirmed its status of a reliable partner as well as its leadership in the Russian market of large project cargo deliveries by water transport.