ISWAN’s International Seafarers’ Welfare Awards recognise the best in shipping when it comes to looking after people at sea. This year, with support from some of the biggest names in the industry, the awards are set to be better than ever, but it all starts with the nominations. This is the chance for seafarers to have their say.

Now in its 7th year, the International Seafarers’ Welfare Awards recognise excellence in seafarers’ welfare provision and those who are helping to raise standards across the industry. The nominations process is now open, and seafarers are being encouraged to have their say about the individuals, organisations and companies who offer the highest quality welfare services. 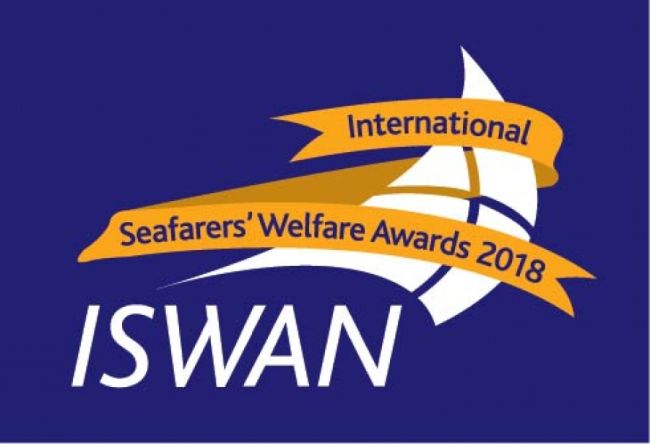 The deadline for nominations is 1st December 2017. Candidates will then be invited to submit an entry to a panel of judges made up of experts from the shipping industry. Winners will be flown to Geneva to attend the award ceremony which will be held at the International Labour Organisation (ILO) in April 2018.

Speaking on the opening of the nominations, Roger Harris Executive Director of ISWAN said, “The International Seafarers’ Welfare Awards continue to recognise excellence in the care that seafarers receive from shipping companies, ports, welfare centres and dedicated individuals while working away from home”.

He added, “The work of seafarers can be dangerous, exhausting and isolating, but there are exemplary companies and organisations who ensure seafarers have access to the best possible services and support. It is important we commend those candidates – nominated by seafarers – to encourage everyone across the industry to raise the profile of seafarers’ welfare.”

The shortlist of nominations will be announced in February 2018, and more information on the process can be accessed online at http://www.seafarerswelfareawards.org/

So have your say today, and recognise those who do so much to care for seafarers across the world.

DFDS To Layoff 650 Employees
Want to share your tips and advice? Got questions? Visit the community forum to ask questions, get answers, meet people, and share your tips!