Australian researchers are set to test a marine coating that can take up copper from seawater and release it using electrical pulses to prevent the growth of unwanted organisms on ship hulls.

Australian researchers are set to test a marine coating that can take up copper from seawater and release it using electrical pulses to prevent the growth of unwanted organisms on ship hulls.

The $350,000 project will conduct a series of sea trials in the next 12 months and is being led by Flinders University in South Australia in collaboration with the University of South Australia, shipbuilder ASC and the Australian Department of Defence. 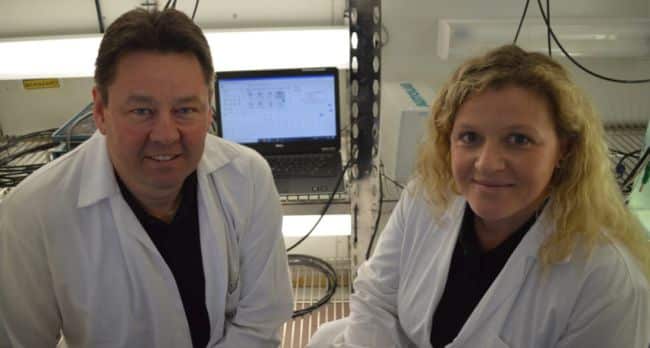 Fungicide paints that release copper into the water to kill off organic growth such as algae and barnacles from ship surfaces are the most commonly used antifouling coatings. However, this has led to environmental concerns about the enrichment of copper in the water in harbours around the world.

Alternative silicon-based coatings have proven to be effective at removing algae and other organisms when boats reach a certain speed but are expensive and ineffective at preventing build-up on vessels docked in port.

The latest project, which is being partially funded by a $150,000 grant through the South Australian Government’s Defence Innovation Partnership, will test the new coating in the marine environment. A second coating that uses only electrical pulses to remove fouling will also be tested. 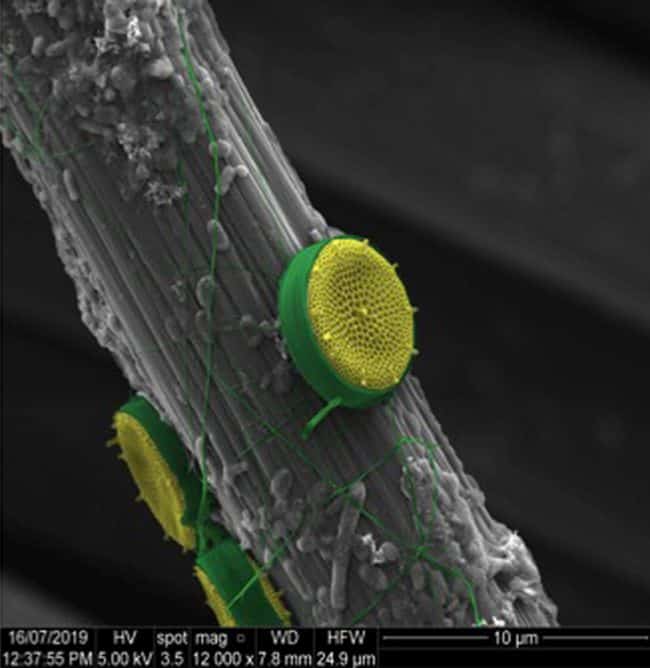 Flinders University Biofilm Research and Innovation Consortium Professor Mats Andersson said the length of each cycle would also be tested to establish the optimal timings.

“You wait for some time for it to take the copper up from seawater and then you stimulate it with electricity to release the copper, then you take it up again and release it so it is a closed cycle,” Prof Andersson said.

“When the copper is released it kills the organisms forming on the hull of the ship.

“We have done initial studies and seen that it works but we don’t know if the cycle should be 10 minutes, one hour or one day so that is one thing we need to test as part of the trial.”

Hull fouling can cause loss of speed and manoeuvrability, increase fuel use, hull damage and poses a biosecurity threat of disease spread.

New Zealand was the first country to introduce tough national biofouling regulations in 2018 to keep out foreign aquatic diseases and invasive marine organisms. Other countries are set to follow New Zealand’s lead. At the same time, the use of traditional copper-based antifouling paints is under greater scrutiny than ever because of pollution concerns and the potential impact it can have on native marine organisms.

The testing in South Australia will involve 20cm by 20cm metal coupons treated with the coating and placed in seawater for about two months. Coupons with just the electrochemistry treatment but without the copper release will also be used to effectively deliver an electric shock to the organisms.

“We want to try a few different formulations and then by itself to see how much we can prevent and how efficient the electrochemistry alone is at preventing the growth because we have seen that work without the copper release,” Prof Andersson said.

“We don’t know if it is as effective yet but we have seen it in small trials in fish tanks in the lab and it seems to work.”

The technology is still in prototype stage but Prof Andersson said the final product had global potential if it reaches full commercialisation.

“It’s definitely a big market because it’s still a major problem,” he said.

“The discussion around the problem has been going on for 10-15 years but there have been no good or realistic solutions.”

Defence is a partner in the project and will be looking to potentially use the coating as part of its $50 billion plan to regenerate the Royal Australian Navy.

This includes the construction of nine Hunter class frigates and 12 Attack Class submarines to be built at the Osborne Naval Shipyard in Adelaide, which is undergoing a $500 million upgrade.

The anti-fouling coating project is one of four South Australian projects funded through the latest round of the Defence Innovation Partnership.

“We are applying this capability by connecting these researchers with our defence industry to accelerate development and build solutions to key projects for Australia,” Price said.

“The importance of collaboration between defence industry and researchers cannot be understated; it is the foundation for success and key to solving increasingly complex Defence problems.”