The NMA’s green technology experts are involved in the innovation project HYBRIDShips in Trondheim. Through this project, Fiskerstrand aims to develop the world’s first hydrogen-powered ferry, and the project will bring forward the NMA’s approval process for the use of hydrogen as fuel in maritime transport.

The idea behind HYBRIDShips (which stands for hydrogen and battery technology for innovative powertrains in ships) is to establish the necessary knowledge base for realising zero-emission propulsion systems for longer crossings and larger vessels based on battery and hydrogen technology. Fiskerstrand Holding AS is the driving force behind the project, which in December was granted support through PILOT-E, a financing tool from the Research Council of Norway, Innovation Norway and Enova. 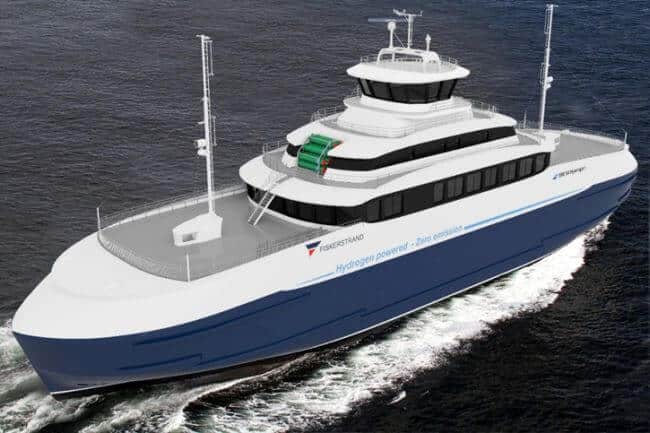 The goal of this pilot project is a hybrid-powered ferry, which will be in operation within 2020, says Group CEO of Fiskerstrand, Rolf Fiskerstrand. The main propulsion of the ferry will be based on hydrogen and fuel cells. To ensure energy-efficient operation, batteries will also be used.

By addressing a specific ship design, the project will also bring forward the NMA’s approval process for the use of hydrogen as fuel in maritime transport. The same applies to DNV GL class rules.

New regulations for safe use of new technology

It is positive that the NMA is now increasingly being involved in innovative projects at an early stage. This means that we are better prepared in cases where the new technology is not covered by current regulations. Nevertheless, we believe that this also means that the industry, more than ever, considers the NMA an important partner in the development of new solutions, says Director General of Shipping and Navigation, Olav Akselsen.

The HYBRIDShips project was formally launched with a kick-off on 9 January. The first phase will be used to identify technical and regulatory requirements that must be met, to examine and test the fuel cells used under marine conditions, and to develop solutions and procedures for filling and operating with hydrogen.

We highly appreciate that the NMA wants to be involved in this. Risk assessments and regulations related to approvals will be essential parts of the project, as the technology already exists, says Rolf Fiskerstrand.

A ferry connection and a suitable ferry for testing and piloting must also be identified, explains Fiskerstrand. The second phase will be devoted to converting the selected ferry, and to testing, piloting and operating it.

GHG Emissions Reduction Gain Traction At IMO-Singapore Future-Ready Shipping 2017
Want to share your tips and advice? Got questions? Visit the community forum to ask questions, get answers, meet people, and share your tips!