You are here: Home › Shipping News › Nine Russian Seafarers Stranded In Portland Port To Be Home For Christmas
TwitterFacebookLinkedInPinterestBuffer

Nine Russian seafarers stranded in Portland Port after their ship was detained by the Maritime and Coastguard Agency (MCA) will all be repatriated by Christmas, says international maritime charity Sailors’ Society.

The men have now all been paid and have received their plane tickets home. Four have already left and the final five are due to fly tomorrow (Dec 24).

The Nigerian-flagged ship, the MV Jireh, was towed into the port after it suffered power failure on 23 November. The ship, en route to Senegal from Norway, had previously asked to berth in Jersey and then Guernsey. 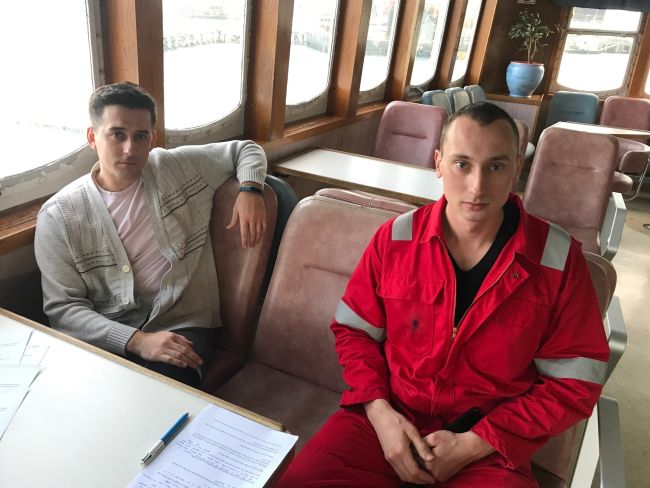 The MCA detained the ship after inspecting it and recording 22 deficiencies, including failure to comply with on-board living standards.

Jonathan provided the men with Wi-Fi and food, including a cake for the captain’s birthday. He also spoke to the ship’s owners on their behalf, to negotiate outstanding payment of their salaries and their return home.

One of the crew, who asked not to be named, said he is “satisfied and relieved” to be going home, but that the time in Portland had been frustrating because he did not know when he would be paid or be able to return to his family.

“I was worried that I would not get paid, and about my family, who were happy that I was safe and well but worried about me, not knowing what would happen,” he said.

“Sailors’ Society helped all the time with provisions and internet, giving us the ability to communicate with home. Knowing that someone in a foreign land cares about you makes you feel safe.”

COO of Southampton-based Sailors’ Society, Sandra Welch, said: “We’re pleased that the men are finally on the way home to see their families.

“Jonathan has been working tirelessly to support them and make the best of a difficult situation, but it has been a very stressful and uncertain few weeks for them as they have waited to be paid and repatriated.

“The sad reality is that we deal with cases like this regularly, all over the world – and for some seafarers, it can be months or even years until they are able to return home.”

Sailors’ Society’s chaplains work in 90 ports around the world, reaching out to 1,000 seafarers and their families every day.