The first convictions under renewed anti-piracy laws were made in Nigeria on Wednesday. This comes as a boost to those who believe that piracy in the Gulf of Guinea could be curbed only via legal actions.

A court in Port Harcourt, also known as the oil hub of Nigeria, fined three pirates. They were among the nine pirates who hijacked MV Eloney VI, consequently ensuring a $200,000 exchange for the crew.

Nigeria has long been pressurized by the International Maritime Organization, as well as other merchant bodies to crack down on piracy activities in the vicinity of the country, dubbing the Gulf of Guinea and other adjacent areas as “pirate alley.” 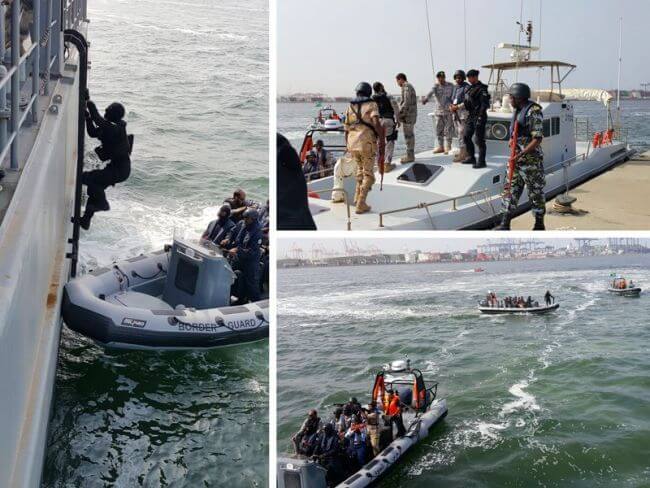 Almost 90% of all global kidnappings occur in Nigerian waters, ranging from offshore platforms to even fishing trawlers.

An approximated $26,300 was fined from each of the 3 pirates, who pleaded guilty to the act. Trial for the other 6 pirates is still undergoing.

“Without an appropriate and proportionate deterrent, pirates and robbers will get more ruthless and more ambitious,” said Michael Howlett, IMB Director.

Till the first half of 2020, an alarming 49 sailors have been kidnapped in the notorious Gulf, with some of them being in captivity for some six weeks.

Most of the piracy activities were happening in the high seas away from the coastline, in comparison to traditional belief.

Previously, piracy was effectively legal in Nigeria, with the country having no anti-piracy rules until now.