Responding to the Government of Iceland’s second Climate Action Plan, published on 23 June, the Clean Arctic Alliance and the Iceland Nature Conservation Association (INCA) urged the government to go further by making a commitment to eliminate the use of heavy fuel oil (HFO) use and carriage within Iceland’s 200 nautical mile Exclusive Economic Zone (EEZ).

“The Clean Arctic Alliance welcomes the Icelandic government’s publication of its second Climate Action Plan, and in particular recent moves to reduce the levels of sulfur emitted by ships in Iceland’s 12-mile territorial waters to 0.1% – equivalent to an emission control area in the Baltic and North Seas and on the west and east coasts of North America,” said Dr Sian Prior, Lead Advisor to the Clean Arctic Alliance.

“This recently implemented measure, while important for the health of Icelanders and the country’s environment, will not however contribute to a reduction in the impact of greenhouse gases and short-lived climate forcers such as black carbon. A comprehensive ban on the use and carriage of HFO in Iceland’s 200 nautical mile EEZ would be more effective”, added Prior. 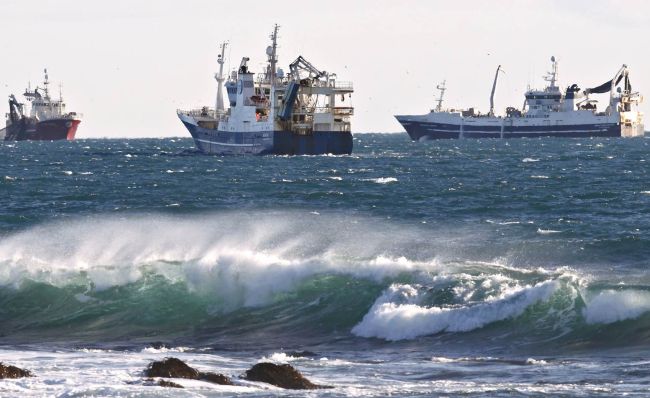 The stated aim of Iceland’s new Climate Action Plan is to achieve a 35% reduction in greenhouse gas emissions by 2030, and potentially further reductions of between 5 – 11% as a consequence of additional measures still in development. The plan will involve the allocation of EUR 292 million (USD 330 million, ISK 46 billion) to climate-related measures between 2020 and 2024 – an almost seven-fold increase from the previous plan. The plan consists of 48 measures, of which 28 are already underway.

Black carbon is a short-lived climate forcer and a critical contributor to human-induced climate warming, especially in the Arctic. It has a much greater warming impact when shipping occurs near reflective snow and ice, such as in the Arctic, and also has a negative impact on human health. An HFO ban in the Arctic, and within the Icelandic 200 mile EEZ would not only lead to a reduction of black carbon emissions by up to 40% but by moving to a lighter distillate fuel would allow the installation of efficient particulate filters which could reduce black carbon emissions by over 90%. A comprehensive ban would also reduce the risks of an HFO spill in Iceland’s water.

The international community, including the Arctic Council and the Nordic Council, has called for urgent action against short-lived climate forcers such as black carbon. Currently, Iceland serves as chair of the Arctic Council. A ban on the use and carriage of HFO as fuel in Arctic waters is under consideration at the International Maritime Organization (see notes), but is so weak that the Clean Arctic Alliance believes that very few ships would be required to stop using HFO when it takes effect and that the volumes of HFO used and carried in the Arctic could increase even after the ban comes into effect. Iceland’s waters are not included within the boundaries of the Arctic HFO ban but are adjacent to the waters defined by the IMO’s Polar Code as Arctic waters.

Arni Finnsson of the Iceland Nature Conservation Association (INCA) – a member of the Clean Arctic Alliance – said that “The Icelandic Government must go even further than the ambitions of this Climate Action Plan by making a commitment to eliminate HFO use and carriage in Icelandic waters, and undertake to seek regulation through the International Maritime Organization to ensure that such a ban can be implemented throughout Iceland’s EEZ.”

Iceland Issues Regulation Banning Use Of HFO In The Territorial Sea

Arctic Climate Crisis And HFO Ban: How Can Global Shipping Respond?
Free At Last – But Egypt Must Change How It Treats Abandoned Seafarers Like Captain Kara: ITF