The ships randomly selected to take part in the survey will be required to undergo a dive inspection and answer questions about biofouling.

The aim is to build a profile of vessels that are most likely to be contaminated with foreign marine species, says Biosecurity New Zealand spokesperson Paul Hallett. 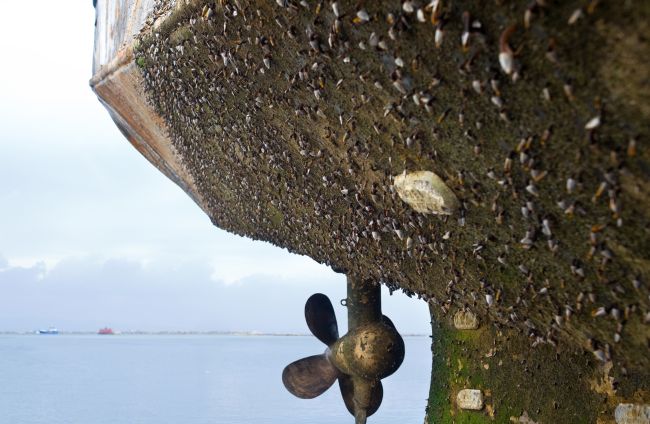 “Biofouling poses a grave biosecurity risk to New Zealand’s marine environment. We know that nearly 90% of marine pests arrive in this country as biofouling on the submerged surfaces of international vessels.

“The survey will pinpoint risk factors that influence the extent of biofouling on a commercial vessel visiting New Zealand. It will put us in a better place to target vessels that require further investigation.”

“We already scrutinise the biofouling history and voyage records from arriving vessels to determine the biosecurity risk. The survey results will allows us to further refine our risk analysis.

“The study will also benefit the shipping industry by providing quicker clearance for vessels that pose negligible risk.”

The survey will involve underwater inspection of vessel hulls and other submerged areas. The vessel operator will also be required to complete a questionnaire on the vessel’s maintenance and movement history.

Biosecurity New Zealand has contracted the Cawthron Institute to undertake the field surveys at a range of ports, starting in August 2020. The project is expected to take up to two years and involve surveying up to 40 vessels.

“We want the survey sample to be as representative of the industry as possible. For this reason, the survey will be compulsory for selected vessels. Biosecurity New Zealand will use powers under the Biosecurity Act to allow this.”

With the introduction of Craft Risk Management Risk Standard for Biofouling in May 2018, New Zealand became the first country in the world to introduce nationwide rules to combat the dangers of biofouling.