Eight more companies agreed this week not to ship goods through the Arctic Ocean and signed the Arctic Corporate Shipping Pledge launched by Ocean Conservancy and Nike in October 2019. 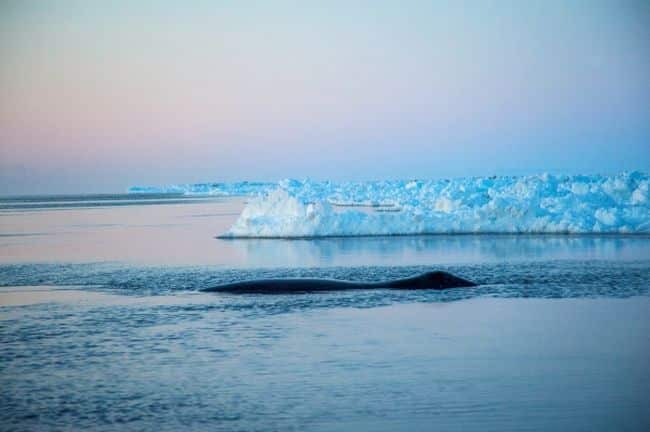 Last month, the National Oceanic and Atmospheric Administration’s annual Arctic report card also found that the remaining sea ice is, on average, less than half the thickness of sea ice forty years ago. This thinner, younger sea ice is even more susceptible to melting in the future.

This same decline in sea ice has made the polar routes more appealing to shipping companies. But while these routes can shorten the times between major commercial markets, increasing vessel traffic is a risky prospect for the Arctic. Long periods of darkness, the remoteness of the routes and distance from infrastructure, as well as unpredictable and extreme weather conditions all pose their own dangers. In the event of an accident, stranding, or oil spill, the impacts on sensitive ecosystems could be immense and could do permanent harm to communities’ subsistence way of life.

While recognizing that local and regional shipping is vital to northern communities and indigenous communities, the Arctic Shipping Corporate Pledge invites companies to not intentionally route ships or send goods through the region as part of a potential new global trans-shipment route. These new signatories reflect a significant intention by consumer and logistics industries, including brands like Ralph Lauren Corporation, which operates more than 500 stores worldwide, and PUMA, which distributes products to more than 120 countries. Logistics giant Kuehne + Nagel alone shipped more than 4.7 million containers in 2018.

While these companies have committed to avoid sailing or sending their products through the Arctic’s trans-shipment routes, the signatories also recognize that precautionary policies are essential for the region. Signatories support enhancing the environmental and human safety of current and potential future Arctic shipping. Ocean Conservancy is working towards better rules and practices for the Arctic, including a ban on the use and carriage of heavy fuel oil in the region and addressing other impacts such as underwater noise or gray water pollution.

Ultimately, the best way to protect the Arctic will be to tackle climate change. On its own, shipping accounts for 3% of global greenhouse gas emissions and curbing the sector’s carbon footprint is essential. Accordingly, the pledge also states that signers will continue to explore ways to reduce emissions from global shipping.

Ocean Conservancy invites other consumer goods and shipping companies to join these signatories in preventing a problem before it starts.