Cruise Lines International Association (CLIA) has released the findings from a comprehensive Asia Cruise Trends study. Overall, the data reveals the cruise industry in Asia is experiencing robust double-digit growth of cruise ships, passengers and ports in the region. Using the findings, CLIA shared new data and identified trends on the Cruise Industry in Asia:

Capacity Boost –The capacity to carry passengers continues to soar with the introduction of new and larger ships in the region. Since 2013, passenger capacity grew at a 20 percent compound annual growth rate and is expected to reach almost 2.2 million in 2015. The Asia region has quickly progressed to fourth in passenger capacity deployment, tied with Australasia.

Asia Passenger Growth – With this increased ship capacity, Asians are cruising more than ever before. Cruise lines hosted nearly 1.4 million Asian vacationers in 2014, a 34 percent compound annual growth rate since 2012. 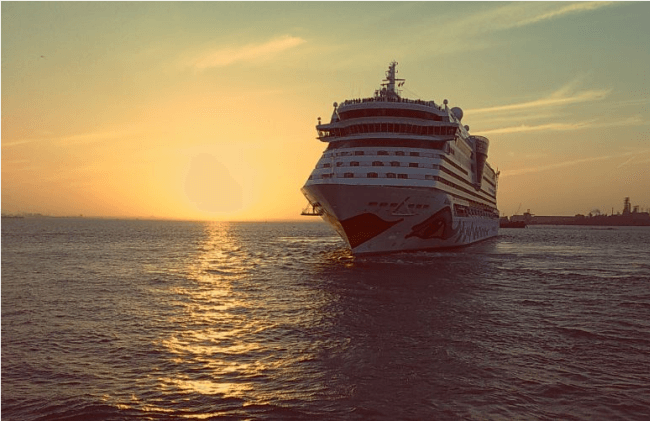 Image for Representation Purpose Only – Photograph by Vinesh Cardoza

Under 40 Cruisers – China’s Generation Y – ages below 35 years old – made up most of the country’s outbound travel, according to statistics from the World Tourism Cities Federation (WTCF)1. This trend is echoed in the cruise industry. In four of the largest cruise markets – China, Malaysia, Indonesia and Philippines – more than 4 out of 10 passengers were under 40.

More Cruise Ships in Asia – This year, 52 cruise ships will operate in Asia, a 10 percent compound annual growth rate since 2013. The number of cruises and longer voyages in the region has also grown with 1,065 sailings scheduled this year, up 11 percent per year. There has also been a significant increase in the number of days cruise ships are in operation, from 4,307 operating days in 2013 to 5,824 operating days in 2015.

Asian Exploration – While Asian outbound tourism is exploding around the world, the study found that Asian cruisers are primarily exploring Asian destinations. More than nine out of ten Asian passengers (91%) cruised within Asia. The remaining 9 percent flew to cruise destinations outside the region, primarily in Europe, followed by Alaska and Caribbean.

Proliferation of Ports – Cruising in the region offers more than 168 destinations across 18 countries, making traveling by cruise ship one of the easiest ways to see all that Asia has to offer. While the introduction of new ports throughout Asia is great for travelers, it is also great for local economies. With a 34 percent absolute increase in port calls since 2013, cruise lines are bringing more visits to destinations in Asia having a direct impact on economic growth in the region. Japan ranks top with 646 port calls this year, followed by Malaysia (580), South Korea (377), Singapore and Thailand (374).

Short Sailings – Depending on the market, many Asian guests have limited vacation entitlements. Therefore, there are more short duration cruises being selected by Asian consumers with 48 percent of Asian passengers choosing 4 to 6 day cruises in 2014, 38 percent choosing cruises of 2 to 3 nights, and only 12 percent opting for 7 to 13 night cruises.

Attracting the Asian Traveler – Cruise lines have recognized the need to bring their best ships and amenities to the region. New onboard offerings tailored to the Asian guests include inclusive onboard activities aimed at multi-generational families, high-end shopping, and adapted menus to include familiar favorites and regional cuisine.

“It is exciting that, for the first time, we know the true size of Asian source markets and have been able to extend our understanding of Asia’s cruise industry growth and potential,” said Adam M. Goldstein, Global Chairman, Cruise Lines International Association. “2015 will be a record-breaking year in Asia with more travelers cruising the region than ever before. The cruise industry is responding by offering more cruises with experiences tailored to Asian travelers as well as enticing international travelers with an easy way to visit Asia’s array of fascinating destinations.”

About the Project
CLIA in Asia commissioned the 2014 Asia Cruise Trends study to understand this quickly evolving marketplace. The research builds upon a 2013 White Paper: “Information, Intelligence, Insights” that was commissioned by the (former) Asia Cruise Association. Both projects were undertaken by CHART Management Consultants, global experts in cruise tourism and strategy. Asia Cruise Trends collected three years of trending data from 13 international and regional cruise lines, representing approximately 90 percent of Asia cruise ship capacity. The analyses exclude one-night cruises. Highlights of the report can be found here.

About Cruise Lines International Association (CLIA) – One Industry, One Voice

Celebrating its 40th Anniversary in 2015, Cruise Lines International Association (CLIA) is the unified voice and leading authority of the global cruise community. As the largest cruise industry trade association with 15 offices globally, CLIA has representation in North and South America, Europe, Asia and Australasia. CLIA’s mission is to support policies and practices that foster a safe, secure, healthy and sustainable cruise ship environment for the more than 23 million passengers who cruise annually, as well as promote the cruise vacation experience. Members are committed to the sustained success of the cruise industry and are comprised of the world’s most prestigious ocean, river and specialty cruise lines; a highly trained and certified travel agent community; and other cruise industry partners, including ports, destinations, ship developers, suppliers, business services and travel operators. For more information, visit www.cruising.org or www.cruiseforward.org or follow Cruise Lines International Association on Facebook and Twitter pages.