With energy prices under pressure, the oil and gas industry is looking for new ways to improve engineering efficiency. DNV GL’s new Sesam GeniE 7 release saves significant time and cost with its new meshing capabilities, a breakthrough in engineering software for offshore and ship structures.

When engineers use the finite element method (FEM) to calculate the strength needed for offshore and ship structures to withstand forces such as wind and waves, optimal results are dependent on creating an accurate mesh representation in a 3D model. This has been a time-consuming operation when implementing design changes. With the new Sesam GeniE, engineers can save significant time and gain accuracy in their results using partial meshing.

The new meshing features of Sesam GeniE can be used on floating and fixed structures for all types of linear analysis. “This will help users save significant meshing time during re-meshing after a change in structure or mesh settings,” says Ole Jan Nekstad, Sesam Product Director at DNV GL – Software, who is currently training Sesam users all over the world to use the new features. 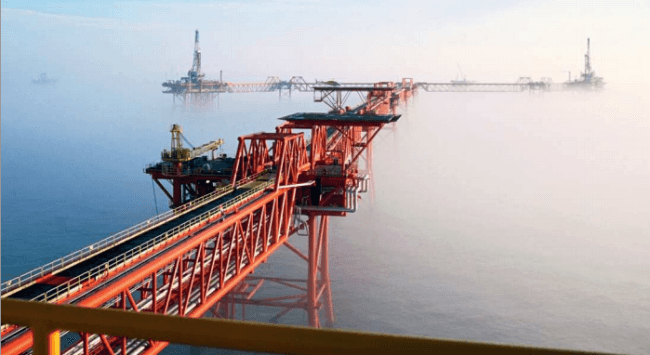 Engineers now have control of the mesh, and are able to gain high precision by manually changing it and refining the grid. They can edit node positions while moving, collapsing or deleting elements, while continuously getting feedback on the mesh quality. For analysis of jackets and topsides, partial meshing leads to a constant finite element numbering system that saves time for re-meshing. “The response out in the field has been great,” says Nekstad. “When I show people what Sesam GeniE can do now, they’re amazed.”

In addition, the new Sesam GeniE 7 can make automatic reports that include pictures of the structure, the finite element model and results. The pictures are automatically generated using view angles chosen by the users. “Many man-hours can be saved since it is not necessary to manually cut and paste pictures into a report,” says Nekstad. “Further savings will also be gained after a re-design because the report is automatically updated,” he says.

There are many other new timesaving features in Sesam GeniE 7, including one code check for multiple water depths for jackets and a new method for copying of large models that includes all structural components.

“At DNV GL – Software we are driving the industry forward with continuous innovation and development,” says Are Føllesdal Tjønn, DNV GL – Software Managing Director. “With its unique capabilities across any type of structures, Sesam GeniE is established as the leading and most efficient solution for offshore engineering. We are very pleased to see that the Sesam user community is growing year by year. The new capabilities for automatic mesh refinement and mesh editing are unique in the market, and will save a lot of time and cost for structural engineers, whether for initial design, modifications and requalifications or structural integrity assessment,” he says.