ISWAN emerges as the outcome of two years’ of collaboration between the two organisations, its members and funders. The new organisation will harness the strength of both organisations to provide a stronger, more unified and cohesive voice to speak up on the international stage whenever seafarers’ welfare is tabled. ICSW brings to ISWAN the benefits of its membership structure involving employers, unions, and welfare providers while ISAN contributes its first-hand experience of day to day problems faced by seafarers. 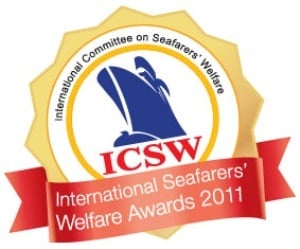 ISWAN will promote the welfare of seafarers worldwide. It will work in support of organisations and bodies that provide direct welfare services to seafarers. ISWAN will facilitate the maintenance and establishment of welfare facilities and services in ports and on ships. ISWAN will also bring together and support its members to share learning and experiences to improve seafarers’ welfare. In particular, ISWAN will work for the implementation of the ILO Maritime Labour Convention 2006 in partnership with companies, unions, governments, welfare organisations (secular and faith based), and ports for the benefit of seafarers’ welfare.

Roger Harris, Executive Director of ISWAN said, ‘The new organisation will be able to serve both seafarers and welfare organisations a lot more effectively. ISWAN brings together practical experience of dealing with seafarers’ welfare problems and the strategic issues of developing and sustaining welfare services, facilities, and structures. We aim to grown our influence by recruiting more members from the industry, particularly from shipping companies and ports.’

Damen Shipyards Group Selects Trojan Marinex BWTS For Australia’s Next Gen ASRV
Want to share your tips and advice? Got questions? Visit the community forum to ask questions, get answers, meet people, and share your tips!