You are here: Home › Shipping News › New Research Highlights Benefits Of Regular Social Interaction On Board And Common Obstacles To Overcome
TwitterFacebookLinkedInPinterestBuffer

ISWAN’s research findings from Phase One of the Social Interaction Matters (SIM) Project have been published today with the support of the Maritime and Coastguard Agency (MCA) and Red Ensign Group who sponsor the project. The SIM Project was initiated with the primary objective of encouraging social interaction on board.

This was achieved by conducting research that examined the relevant drivers and barriers to the promotion of social interaction and specific activities that seafarers around the world identified as helping to engage people. The project acknowledges the importance of crew coming together during their leisure time and the positive impact this has on wellbeing and operational efficiency and safety as a result. 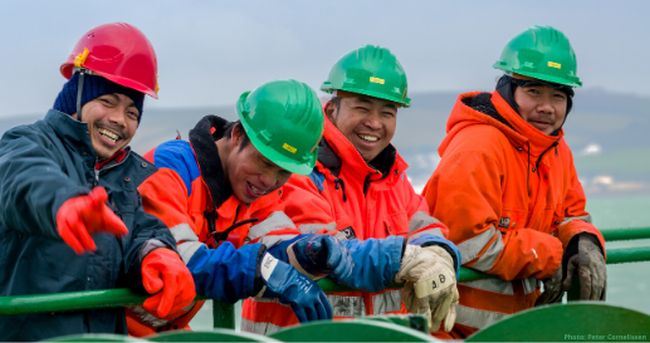 The need for this project was recognized long before the widespread impact of the COVID-19 pandemic, but the consequential crew change crisis has placed even more importance on the need for strong crew cohesion. Connecting with others and time for hobbies and recreational activities are fundamental to wellbeing but this is challenging for seafarers who live and work onboard for many months. Extended time onboard has exacerbated these existing challenges and emphasizes the value of strong relationships on board now more than ever.

The project is divided into three phases with this report marking the end of Phase One. The research consisted of a large survey of seafarers and other maritime stakeholders as well as 10 in-depth telephone interviews. Key research findings highlight the necessity of good leadership – which supports an inclusive and unifying onboard culture – to encourage crew to interact comfortably together. Conversely, increased workloads and fatigue were identified as the biggest barriers to social interaction on board. Evidence also showed that many obstacles to social interaction are seen to impact each other. For example, smaller crew sizes and increased workloads can lead to fatigue and isolation with seafarers simply not having enough energy to mix socially during their downtime.

Dr Kate Pike, research lead and author of the report said: ‘Although measures can be put in place to facilitate recreational gatherings on board, it is these fundamental issues that need to be addressed for a long-term impact to take effect. Social interaction onboard has a unifying impact that promotes a happier, more motivated crew that can work more effectively and safely together.’

The project is still ongoing but the report details many important takeaways for shipping companies and ship operators. For example, the research shows that crew differences including nationality, gender, and age should be considered in the planning of social activities as these factors can influence recreational preferences. It is therefore important for ship management to consider what engages and brings people together and adapt suitable activities to their own company requirements. The research provides numerous examples of such activities and these can be adapted to accommodate most vessel types, voyage patterns, nationalities, and time constraints. Ensuring that crew engages socially, even for small amounts of time every day, is vital and should be a priority on every voyage, however long.

Katy Ware, Director of Maritime Services, also co-chairs the Red Ensign Group Conference and is the UK’s Permanent Representative to the International Maritime Organization. She said: ‘Our seafarers provide a vital service, keeping the hearts of nations beating and we can’t underestimate their role in our lives. They work in unique environments that can be both immensely rewarding and at times incredibly demanding on physical, mental, and emotional health.

‘The MCA works closely with seafarer charities and industry to understand the challenges faced by seafarers and to strive to make further improvements which could potentially have positive short and long-term impacts on the wellbeing of seafarers and is committed to spotting early signs of people who may require help as well as providing suitable support to ship owners, who owe their crew a duty of care under the Maritime Labour Convention.’

Building on these findings, ISWAN is working with a number of shipping companies interested in strengthening crew cohesion on their vessels to trial social engagement initiatives on board. This will form Phase Two of the SIM Project. Following this, Phase Three will use the data and feedback from the trials to develop guidance for shipping companies in the form of a toolkit to be shared publicly. The toolkit will document proven successes, recommendations, and ways to overcome challenges to social interaction on board, all with the end goal of happier, healthier, safer, and more engaged crews on board.

Caitlin Vaughan, ISWAN Project Manager, said: ‘We began this project at a difficult time for the industry so the widespread enthusiasm we’ve received from many different companies and seafarers about participating in the project is very encouraging. We’re looking forward to building on the valuable findings in this research to ensure all companies recognize the importance of facilitating social interaction on board.’