The footage of the polluted Caley Valley wetlands and also how the area looked before can be downloaded here. 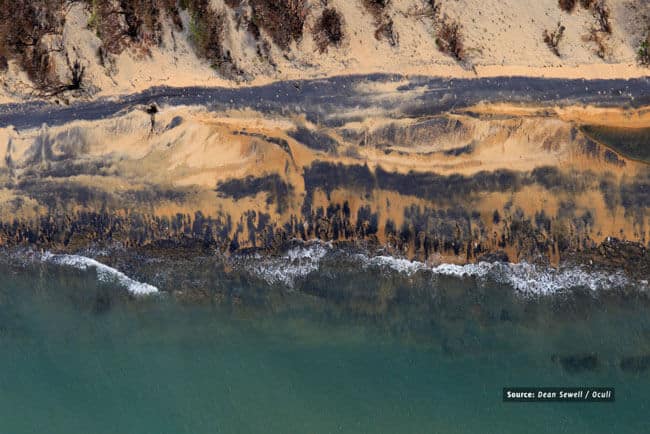 “The wetland has turned coal black. It looks trashed. It’s a tragic and shocking picture of what the future of the Reef coast looks like if we don’t stop digging up coal,” Mr Cousins said.

“As acknowledged by India’s former environment minister, Adani has an appalling track record. There is nothing to suggest it will be any different here at the doorstep of our most precious natural wonder the Great Barrier Reef.

“The Adani companies have proven they can’t be trusted with the environment and the climate. The idea that we’d spend public money propping up their operations beggars belief.”

“The Caley Valley Wetlands today are a microcosm of what could happen to our Great Barrier Reef if the Carmichael mine and port go ahead,” Ms Zethoven said.

“If the Reef were a person, it would be crying out for help. In nearly 20 years it has suffered four severe coral bleaching events, 10 severe cyclones and four massive flood events washing huge volumes of pollution into its waters. It can’t take much more.

“The majority of Australians believe the state of our Reef is a national emergency and yet, rather than responding to the crisis, both the federal and Queensland governments are racing ahead to make the crisis worse. It defies belief,” Ms Zethoven said. 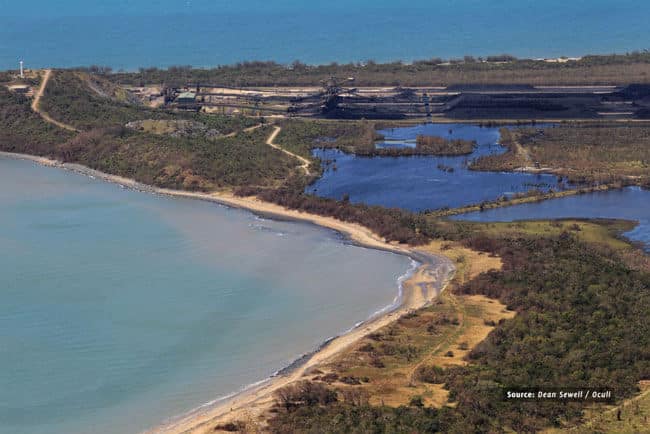 “It is highly likely that there is environmental harm due to the loss of light for the plants and clogging of fish gills with fine coal dust.

“Given the complexities of governance – the regulatory authority and port owner is the Queensland government and the port operator is Adani – it is vitally important to have a transparent, independent and urgent investigation of this environmental harm.”

Geoff Cousins and Imogen Zethoven recently led a delegation to India and toured other sites of environmental damage caused by Adani operations.