The International Association of Classifications Societies (IACS) is pleased to announce the adoption of new Unified Requirements that will further improve the safety of Large Container Ships by enhancing consistency between pre-existing Class Society provisions in this area. Amalgamated within a single new Unified Requirement (UR S11A) are three new safety measures that provide a robust, timely and complete response to the findings of the investigation by Japan’s Ministry of Land, Infrastructure, Transport and Tourism (MLIT) issued in March 2015 and subsequent papers to the IMO. UR S11A is further complemented by an additional Unified Requirement (UR S34) which deals with minimum loading conditions to be analysed.

IACS welcomed the publication of the casualty investigation report into the MOL Comfort incident by Japan’s MLIT in March of this year and thanks Japan and Bahamas for bringing the results of this investigation to international shipping’s primary regulator, the IMO. IACS firmly believes that proper casualty investigation and subsequent information sharing is a key element to achieving continuous improvement in safety standards. 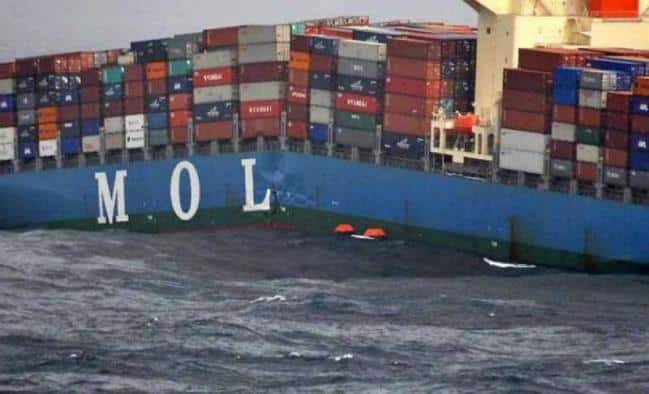 In anticipation of these developments IACS established at the beginning of 2014 an expert group on structural safety of container ships which carried out a post “MOL Comfort” review of available information which also took into account a number of past casualties. This work has resulted in the development of UR S11A which is a longitudinal strength standard for Containerships that explicitly addresses the three issues requested of both individual classification societies and IACS by the authors of the MLIT investigation report. In brief:

Bi-axial stresses which would be induced by lateral loading, i.e. external pressure on the bottom shell: IACS Members have for many years addressed these bi-axial stresses in their individual rules and procedures. The effect of the lateral loads which induce bi-axial stresses of bottom shell plates should be considered in the requirements of the hull girder ultimate strength and this will now be recognised in the new IACS Longitudinal Strength Standard for Container Ships, known as Unified Requirement S11A which will enter into force on 1 July 2016.

The whipping effect on container ships: Although this phenomenon continues to be the subject of research, the effects are becoming better understood and some individual IACS Members have developed specific rule requirements in this regard. The development of an IACS Unified Requirements for the whipping component of hull girder loading will take time, however in the interim IACS has introduced a functional requirement into the new Unified Requirement S11A which requires IACS Members to take into account whipping in accordance with their individual procedures. Entry into force is again 1 July 2016.

A revised wave bending magnitude and longitudinal distribution has been included in the development of the new Unified Requirement S11A full details of which will be made available on the IACS website shortly.

Additionally, UR S34 will set consistent requirements among IACS members by defining the unified minimum load cases used while performing strength assessment of container ships by Finite Element (FE) analysis. This fulfills two principal aims. Firstly, by prescribing high-level “functional requirements” on loads, the bottom line of structural strength becomes unified and, secondly, by developing a minimum set of common loading conditions for Cargo Hold Analysis in the midship region, a baseline for structural strength at cargo hold in the midship region is achieved.

In accordance with IACS commitment to safety and transparency these 50+ pages of new requirements are available on the IACS website along with the detailed Technical Background. Introducing the new URs at the IMO today, IACS Chairman, Mr Philippe Donche-Gay, commented “Once again IACS has demonstrated its unrivalled technical capacity by delivering important Unified Requirements in a very tight timeframe that will further enhance Large Container Ship safety. IACS is proud of its contribution to this important debate and stands ready to continue to assist the IMO in all areas where technical expertise can advance our common goal of safer and cleaner ships.”