Images shot in the hold of a boat where dozens of people died of asphyxiation after five hours in the Mediterranean brought home the horror of the refugee crisis in the film “Fuocoammare” (Fire at Sea) shown at the Berlin film festival on Saturday.

A theme of this year’s festival is to encourage the world to help and welcome refugees. Director Gianfranco Rosi’s harrowing two-hour documentary, which is in competition for the top Golden Bear prize, underscores the urgency of the problem.

Rosi, whose “Sacro GRA” won the top prize at the Venice film festival in 2013, said his latest film “bears witness to a tragedy that’s happening right in front of our eyes”.

“I think that we all are responsible for that tragedy and perhaps after the Holocaust it’s one of the greatest tragedies the world has ever seen,” he said at a post-screening news conference.

The film was shot mostly on the Italian island of Lampedusa, which is only 70 miles (113 km) from North Africa and has been receiving a flood of refugees for about two decades. 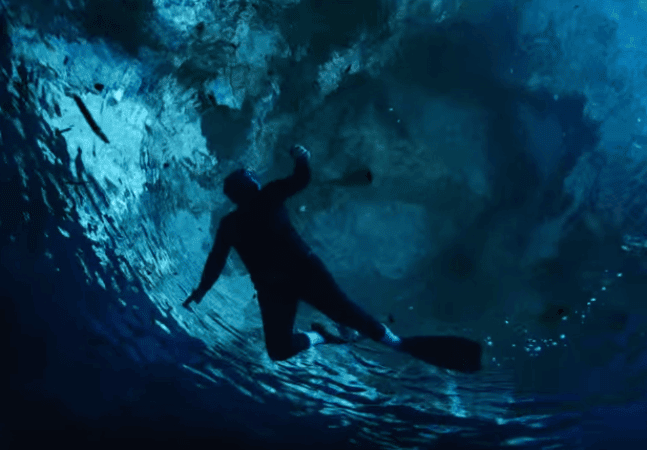 It interweaves the lives of the islanders, many of whom depend on fishing for a living, with the desperate efforts of hundreds of thousands of refugees to reach Europe, hoping for a better life.

One of the main characters is Pietro Bartolo, a doctor who treats the local island population for routine ailments. His job is also to check for vital signs among the dead and seemingly lifeless people hauled from the sea or rescued from boats jammed with so many people that they are unable to breathe.

“These things really leave you with a great big empty hole in your stomach, with a dreadful feeling. And it’s really awful to look at this and these are really nightmares that haunt me very often.”

Rosi said the refugee boat in which his camera shows the bodies below deck had been at sea for only five hours, but was so tightly packed with people that some were already dead.

“If they had not been picked up (by the Italian navy) they would all have been dead,” he said, adding that the rescue operation last Aug. 20 had barely rated a mention in the news.

At the same time that Lampedusa is swamped with refugees, life continues as it has for centuries. Rosi portrays that mostly through the eyes of Samuele Pucillo, a 10-year-old boy with an outgoing personality and whose favorite pastime is making slingshots.

His life barely intersects with the refugees, but when he is rowing in the harbor his boat almost gets trapped between two of the powerful patrol boats that search for refugee vessels.

Bartolo said that despite the impact of so many people trying to reach Lampedusa, the islanders have gone out of their way to be helpful.

“I always say the people of Lampedusa are a people of seafarers and fishermen. All those who come from the sea are welcome – it’s in our DNA,” he said.

(Reporting and writing by Michael Roddy; Editing by Andrew Bolton)