Hydrogen can play a significant role in decarbonizing world energy supply to mitigate climate change, according to a new research paper by DNV GL, the technical advisor to the oil and gas industry.

‘Hydrogen as an energy carrier’ predicts demand for hydrogen for heating residential and commercial space, heat for industry, and transport to reach between 39 and 161 million tonnes of hydrogen per annum (Mtpa) in 2050, under various modelled scenarios. Currently, only about 1,000 tonnes of hydrogen production is for energy each year, mostly for hydrogen fuel-cell electric vehicles.

This estimated rising demand for hydrogen for energy comes after the UN Environment Emissions Gap Report revealed on November 27 that atmospheric levels of the greenhouse gas carbon dioxide rose for the first time in four years in 2017. The UN Environment Programme warned that if the gap between target and actual emissions is not closed by 2030, it is extremely unlikely that the 2°C upper limit on warming agreed as a target by almost all the world’s nations can still be reached. 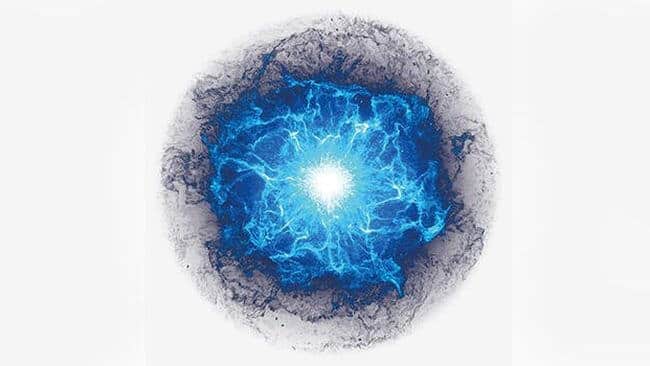 DNV GL’s research paper analyses prospects for two types of low-carbon hydrogen production. Blue hydrogen is produced from fossil fuels (by either steam methane reforming or coal gasification) with carbon capture and storage to reduce the carbon footprint. It will be used largely to heat buildings and for industrial processes. Green hydrogen is made using an electricity mix with low greenhouse gas emissions to power electrolysis of water. It will principally be used for mobility.

‘Hydrogen as an energy carrier’ forecasts that green hydrogen may achieve cost parity with blue hydrogen in around 2030 in some regions. The paper asserts that green hydrogen can create value by harnessing surplus electricity from variable renewable energy sources such as wind and solar photovoltaic farms. It also proposes a viable business concept for producing transportable, blue hydrogen by reforming natural gas with carbon capture and storage on platforms more than 300 kilometres from shore.

DNV GL’s research sees Australia, Canada, the Netherlands, the UK and the US as nations most likely to view hydrogen as an attractive option for decarbonizing the heating of residential and commercial buildings at significant scale.

“Natural gas currently provides a high proportion of the energy for such heating in these countries, and their existing gas infrastructure can be adapted to hydrogen distribution and storage. Importantly, they also have large-scale carbon capture and storage operations, or are beyond early stages of developing these,” explained the paper’s lead author, Dr Jørg Aarnes, senior principal engineer, DNV GL – Group Technology & Research.

Carbon capture and storage is important to hydrogen’s role in decarbonizing energy because, however it is made, it must be low-carbon across its entire value chain. DNV GL’s research paper suggests that policymakers need to consider the requirement for large-scale carbon capture and storage when incentivizing low-carbon hydrogen production for heating residential and commercial space.

The research paper also expects hydrogen-fuelled heating to be established by 2050 among decarbonization measures in industries such as cement and aluminium. It sees no substantial hydrogen use for industrial process heating by 2030. The research points to more refuelling infrastructure and cheaper green hydrogen boosting uptake of hydrogen fuel-cell electric vehicles.

It estimates that more than 80% of hydrogen demand for mobility in 2050 will be for buses, trucks and other heavy vehicles.

“This research paper reaffirms the exciting potential for hydrogen as an energy carrier. It could play a significant role in decarbonizing the gas that will be delivered to our homes and businesses, while transforming the carbon footprint of mobility,” said Liv A. Hovem, CEO, DNV GL – Oil & Gas.

“As our industry sharpens focus on decarbonization for the long-term supply of sustainable and affordable energy, DNV GL continues to work in close partnership with our clients to make hydrogen a safe and cost-effective contributor to the world energy mix,” she added.