The air transport has an 80 times higher CO2-emission than shipping and is also 80 times more expensive. If we can move cargo from airplanes to ships, the “eco-winning” is bigger than any other measures.

Viking Shiptech of Norway has envisioned and planned specialised turbines that can help to deliver cargo to the price of shipping at the delivery time of air transport.

The new concept suggests compensating the building prices of four 16 knots ships with one 80 knots ship, so that the residual three can be invested in technology instead of several ships.

Viking Shiptech’s Patent Pending Turbines make a hundred times gyro stabilisation, with a torque force that make it casted in the sea. Combined with a submersible Swath solution, it provides a 100 % stability at all speeds for upto 10 meters high waves. 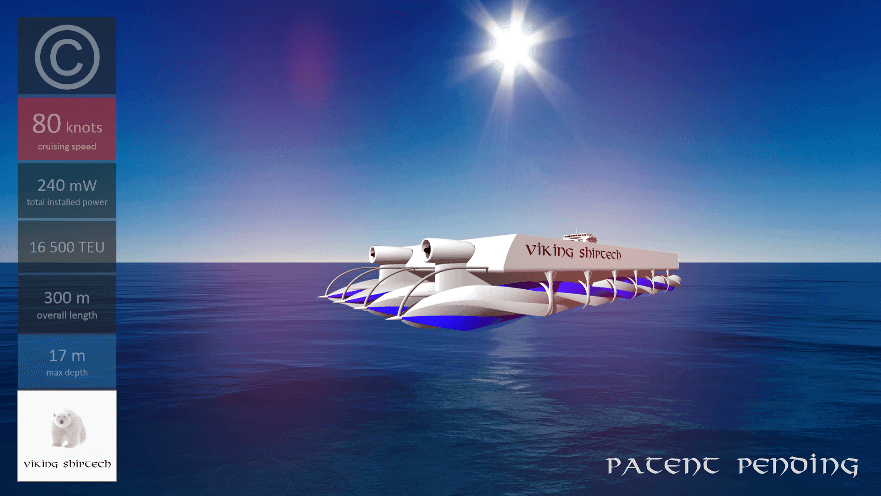 An increased platform width prevents inclination and distribution of the cargo to lowered stacks and gravity.

When today shipping fleet of four ships require a crew of about 100 workers, a 80 knots ship just require a fourth.

Two jet engines in front of the platform reduce the air resistance, and supplying the subsea surface with an air layer helps in overcoming the shear forces. High speed combined with a torque controlled pressure distribution allows a permanent efficiency of air lubrication in all seas and weathers. 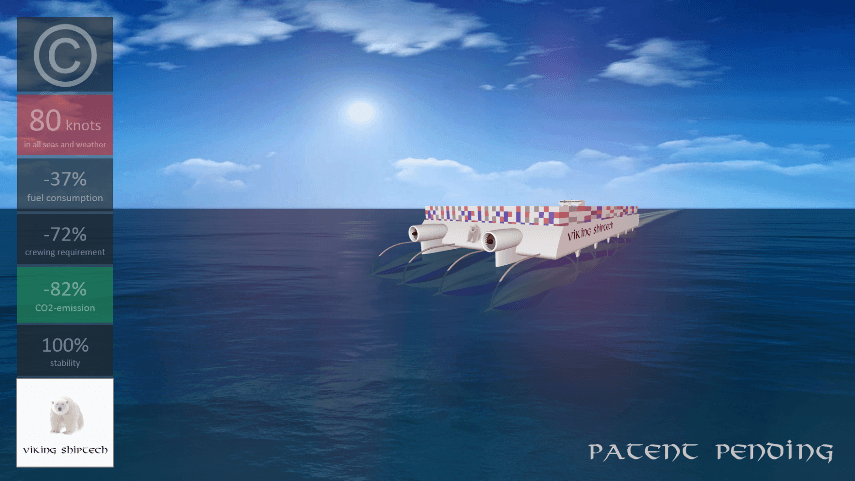 Extensive CFD-analysis estimates 37 % fuel savings as compared to slow moving ships. Moreover, by moving only 3 % of the cargo from airplanes, the reduction in CO2-emission is estimated to more than 80 % with current fuel.