SUNGDONG Shipbuilding & Marine Engineering, the South Korean shipbuilder, and NAPA, the global leader in maritime software, services and data analysis, today announced that the yard’s structural design throughput time has been reduced by up to four weeks with the introduction of the new CAD-style 3D modelling tool, NAPA Designer. The success of streamlining the shipbuilder’s working process with automatically created classification drawings and global finite element (FE) models from NAPA Steel, including its direct data interfaces with class society software, was also announced. 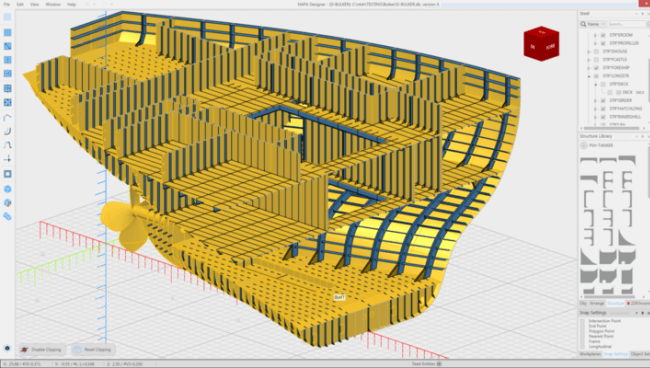 Under the previous process, which had a throughput time of eight to nine weeks, a 2D design drawing of each individual vessel hold was created and then translated manually into 3D models in the unique software used by the class society it was working with on that project. First trialled in the structural design of a 158,000 dwt Suezmax Tanker, NAPA Designer’s interactive 3D structural modelling interface allowed enhanced productivity through whole-ship modelling rather than designing hold by hold. 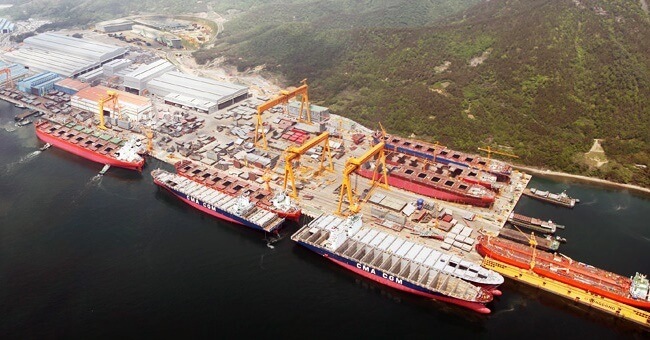 NAPA Steel’s direct data interfaces with class society software then enabled cross-section geometry and initial scantlings, as well as compartment information to be exported to the rule check system with up to date FE mesh for global, local and fine mesh analyses. Results that fulfilled the requirements of the rule check were then imported directly back to the 3D product model.

The throughput time for design and class approval of the entire vessel design for this first design, including the time to familiarise with the software, was eight weeks; approximately the same as the throughput time for a single block under the traditional process. A subsequent whole-ship design has taken around five weeks and it is believed the process can be further reduced to two to three weeks, up to a 75% reduction in overall throughput time.

Hyung-Joon Ahn, Vice President, SUNGDONG Shipbuilding & Marine Engineering commented: “Before the new IACS common structural rules came into force, SUNGDONG wanted to understand the effect of the change, and work to optimise the process as much as possible. Modelling vessel blocks in NAPA Designer did not have a great effect on time, but when whole-ship models were produced we found it took the same time as a block. The second 3D whole-ship design was nearly four weeks faster. We are working to increase productivity and optimize systems; NAPA Designer and NAPA Steel are helping us to achieve that.”

Esa Henttinen, Vice President, NAPA commented: “At NAPA we are dedicated to meeting customer needs and committed to continuously enhancing the user experience. So we were grateful to SUNGDONG for the opportunity to participate in its joint development project and show how NAPA Designer and NAPA Steel’s powerful design and analytics tools can reduce man-hours. We have put in extensive, systematic research, and engaged over 200 NAPA customers, all with the aim of making NAPA Designer intuitive and to aid yard productivity. The benefits achieved by SUNGDONG demonstrate that our work has been well worthwhile. NAPA Designer will be a free update to our existing customers and we look forward to helping each of them to achieve similar success.”

Damen Presents The Next Gen Safe, Green And Connected Tugs

Wärtsilä Scrubber Systems To Be Employed In Two New NYK Bulk Carriers
Want to share your tips and advice? Got questions? Visit the community forum to ask questions, get answers, meet people, and share your tips!