You are here: Home › Shipping News › New Amendments To The MLC, 2006 Ensure Better Protection To Seafarers And Their Families
TwitterFacebookLinkedInPinterestBuffer

Foreign ships entering the ports of States for which the ILO’s Maritime Labour Convention, 2006 is in force will be inspected for compliance by port State control authorities.

The first amendments to the Maritime Labour Convention, 2006 (MLC, 2006) which ensure better protection to seafarers and their families in case of abandonment, death and long-term disability entered into force on 18 January 2017. The amendments were approved by the International Labour Conference in 2014. 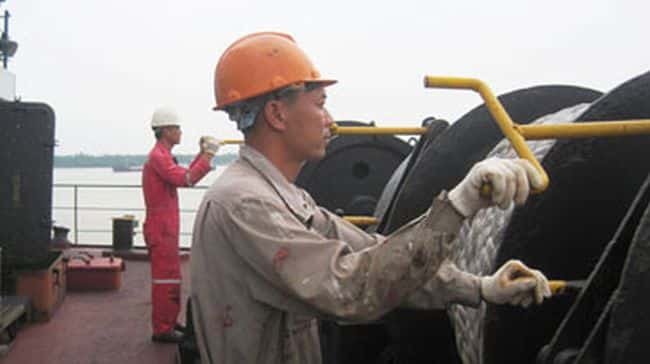 The 2014 amendments require that a financial security system be put in place to ensure that shipowners ensure compensation to seafarers and their families in the event of abandonment, death or long-term disability due to an occupational injury, illness or hazard. Mandatory certificates and other evidence will be required to be carried on board ships to establish that the financial security system is in place to protect the seafarers working on board.

Foreign ships entering the ports of States for which the MLC, 2006 is in force will be inspected for compliance by port State control authorities and action will be taken if the documentation is missing or incomplete.

It is expected that this new requirement of the MLC, 2006 will prevent the unfortunate situation of seafarers being stranded in port for long periods when shipowners abandon their crews without paying their wages or repatriating them to their home countries. In the past, abandoned seafarers would often be reluctant to leave their ship until it was sold in a judicial sale to pay outstanding claims, including claims for unpaid wages. Now, the payment of such claims will be expedited by the financial security system. Furthermore, payment of outstanding claims to seafarers or their families in cases of death or long-term disability resulting from their employment will also be expedited.

Of the 81 States that have ratified the Convention, only two have formally expressed their disagreement with the 2014 amendments. Two others have requested to defer their entry into force until 18 January 2018, while several others are yet to submit a formal declaration of acceptance.

Besides addressing the immediate issues of protecting seafarers and their families in case of abandonment, death and long-term disability, the development and entry into force of the amendments demonstrate that the MLC, 2006 can effectively be updated to meet the pressing needs of seafarers and the shipping industry.

The amendments were developed through discussion by a Joint IMO/ILO Ad Hoc Expert Working Group on Liability and Compensation regarding Claims for Death, Personal Injury and Abandonment of Seafarers and were finalized in 2014 by the first meeting of the Special Tripartite Committee established by the Governing Body in accordance with Article XIII of the Maritime Labour Convention, 2006.

UN Task Force Should Probe Why Govts. Failed To Fulfill Obligations To Seafarers During Pandemic: ITF
Governments Have Failed In Their Duty Of Care Towards Seafarers Under International Law – ILO
ITF Fair Practices Committee Statement On “ILO Minimum Basic Wage For An AB And IBF Basic Wages – Difference Explained”