On February 4th, 2020, the Sogestran group announces its decision to take a stake into the capital of the young shipowner NEOLINE.

The Sogestran group, together with its subsidiary COMPAGNIE MARITIME NANTAISE – MN, will accompany NEOLINE in financing its first ships and in setting up the pilot line.

This merger between the two shipowners from Nantes underlines the audacity of companies settled in the Pays de la Loire region and reinforces its industrial and maritime potential. 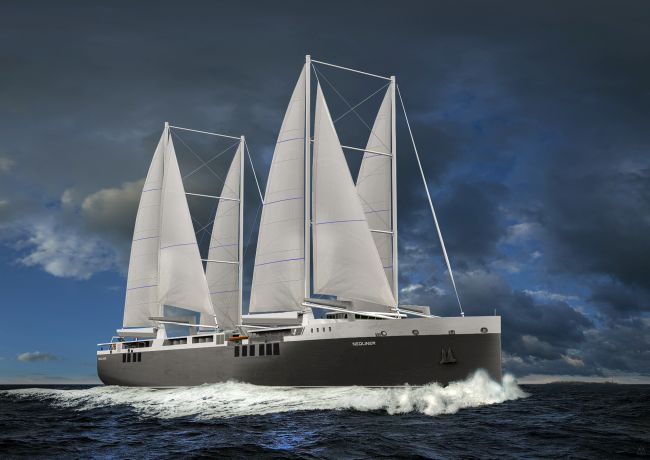 Being spotted out for its impact on the environment, the maritime transport sector is today facing intense regulatory and societal pressure to accelerate its energy transition.

NEOLINE’s shipowner model, based on energy performance with the use of wind energy as the main propulsion of its vessels, a commercial speed of 11 knots, trained and involved crews associated with advanced meteorological routing systems, aims to 90% reduction in consumption and therefore associated pollutant emissions. These ships will also be able to test a range of complementary technologies to move towards Zero Emission in the medium term, in line with France’s stated objective for 2050 in the 2017 climate plan.

With the support of leading players such as Renault Group, Manitou Group and Groupe Beneteau, who have demonstrated the logistical and economic relevance of the new service for the region’s industrials, NEOLINE plans to place an order for the building of the first vessel with SAS NEOPOLIA MOBILITY in the near future, so that the pilot line can be commissioned as soon as possible.

“Sogestran group associates with NEOLINE to contribute to the emergence of a new economic and ecological model in maritime transport, which we are convinced is a promising one for the future. We have closely followed the development of NEOLINE and are pleased to be part of this project today”.

“The ambitions of development and territorial anchoring of the COMPAGNIE MARITIME NANTAISE-MN find much sense in this association with NEOLINE. Together, our driver is to be pioneers in the growth of new, more environmentally friendly shipping lines”.

“We are particularly pleased that the Sogestran group is joining us as a structuring associates, with whom we share strong entrepreneurial and ethical values. The support of this renowned family group will be a decisive asset for the rapid implementation of our innovative, environmentally exemplary and economically sound maritime service.