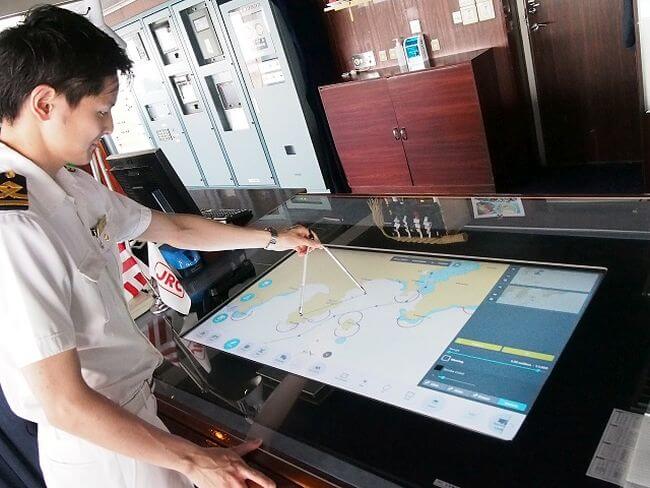 Presented by the Japan Hydrographic Association on March 18, the award is given to promote R&D activities of young hydrographic engineers and technicians and thus develop and promote hydrographic technology. J-Marine NeCST is currently being sold by JRC to others within the industry and was recognized for being widely accepted by officers and contributing to safe navigation by reducing onboard workloads.

In fiscal 2018, J-Marine NeCST was installed on 15 NYK-operated ships, and the company will continue to promote the use of the tool on future ships in accordance with the NYK medium-term management plan “Staying Ahead 2022 with Digitalization and Green,” in which the company emphasizes its efforts to continue to boost digitalization to realize more efficient operations and create new value.

* J-Marine NeCST (“NeCST” is pronounced “Next”)
A ship navigation support tool that allows users to easily plan routes using the handwriting function of the electronic navigational chart, in addition to managing and sharing operational data using integrated information such as meteorological and hydrographical forecasts.