Throughout his 81 years of life, Doctor Jac has survived cancer, a stroke, open-heart surgery and the death of his son, all while remaining active and successful in business.

Widely touted as one of the top human resource consultants in the country, Doctor Jac has had an incredible career and is topping it off this year with the publication of his 400th article and 13th book on human capital return on investment.

Doctor Jac doesn’t let his age hold him back from anything and makes a concerted effort to not waste an ounce of his many talents. He said, “When you stop learning, you stop living and you start declining.” 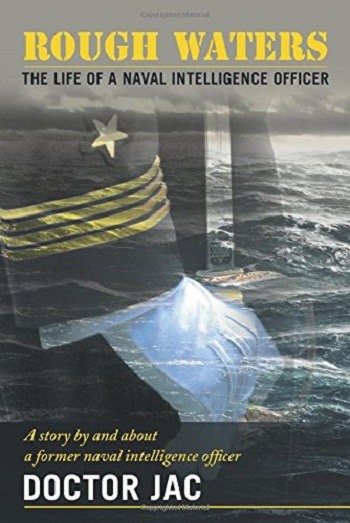 Although he has made his mark in the business world, Doctor Jac is now transitioning into a different area of writing. In his first published fiction novel, “Rough Waters: The Life of a Naval Intelligence Officer,” he tells the action-filled story of Michael Still’s life and adventures, both personal and professional.

“Although largely fiction, the book is based on my personal experiences growing up and serving in the Navy,” Doctor Jac said. “Reliving my experiences as a naval intelligence officer through Michael Still was at times very emotional and painful, yet rewarding.”

After publishing “Rough Waters,” Doctor Jac realized he still had more story left to tell. With encouragement from his wife, Laura, he is currently working on the sequel and plans to write a series of books about the adventures of Michael Still in the near future.

Doctor Jac has worked in 46 countries, published 13 books and writes a column for Talent Management magazine. He has been named one of the top five human resources consultants in the country by HR World and one of 50 people in the past 50 years who have changed the way people are managed by the Society for Human Resources Management. Doctor Jac resides in San Jose, Calif., with his wife, Laura.

Click here to get more details of the book on Amazon

DNV GL And CMIH Ink Agreement To Cooperate In Shipbuilding

DEME’s Giant, Next Generation Installation Vessel ‘Orion’ Launched In China
Want to share your tips and advice? Got questions? Visit the community forum to ask questions, get answers, meet people, and share your tips!