Nautilus has sought assurances from the UK government that the UK will remain in the European Union Naval Force (EUNavfor) counter-piracy operation following an attack on a British-registered chemical tanker off Somalia in November.

The Union wrote to foreign secretary Boris Johnson to call for the UK to remain a part of the EUNavfor’s operation as its commander, Major General Rob Magowan, warned of the need for continued vigilance at sea. The 51,747dwt CPO Korea was targeted by pirates in a high-speed skiff, some 330nm off the east coast of Somalia on 22 October — the first such incident in more than two years. 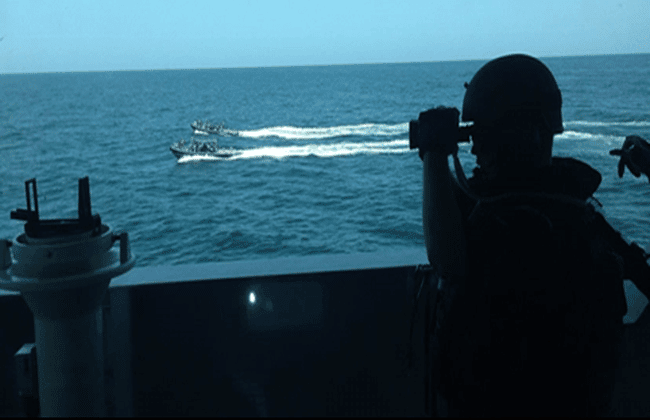 Major General Magowan commented: ‘This attack shows that pirates still have the intent to attack ships for ransom and cause misery to seafarers and their families. It is imperative that the international community remains vigilant. The EU Naval Force is working with counterpiracy partners to coordinate efforts to ensure pirates do not once again terrorise the waters off the Somali coast.’

Nautilus general secretary Mark Dickinson said the incident had not come as a surprise and showed the need for vigilance — despite a new report from the International Maritime Bureau (IMB) showing piracy and armed attacks on merchant ships around the world had fallen to a 20-year low.

‘We have been very pleased to see the lack of pirate activity in the area — and feel that this is in no small part due to the success of EU Navfor’s Operation Atalanta. However, it has been very clear that there is no room for complacency, especially as the political situation ashore in Somalia can best be described as fragile,’ added Mr Dickinson.

In his letter to the foreign secretary, Mr Dickinson called for ‘assurances of the UK’s continued and tangible support for counter piracy operations, off Somalia and in the other high-risk areas, such as the Gulf of Guinea’.

He told Mr Johnson: ‘I am sure you can understand our concern about the future commitment towards the protection of UK ships and UK seafarers in the light of the UK’s planned withdrawal from the European Union. A great deal of emphasis is being placed upon the UK’s future trading relationships and as 95% of our international trade is by sea, the security and safety of merchant ships and their crews is of paramount importance.’

The IMB report said the first nine months of 2016 witnessed a total of 141 incidents — down by 25% from the same time last year, and down 60% from the same period five years ago. However, the IMB also warned the industry against dropping security levels. It said kidnapping and hostage taking remains a major risk off the coasts of West Africa and SE Asia — pointing out that pirates armed with guns or knives took 110 seafarers hostage in the first nine months of 2016, and kidnapped 49 crew for ransom.

Shipowner Had Unfettered Right To Collect Freight Under Bills Of Lading Even Whilst On Time Charter: UK High Court
Seafarer Killed in Horrific Piracy Attack: Governments Urged to Act, Or Risk More Deaths
First LNG-Powered Ferry To Serve UK Takes To The Water