Nautilus International has written to the Angolan ambassador to the UK to protest about the unjust treatment of the crew of an offshore support vessel detained in the port of Soyo.

General secretary Mark Dickinson said he was profoundly concerned at the plight of the Croatian, Filipino, Russian and Ukrainian seafarers, who were serving on the Vanuatu-flagged vessel Sutton Tide, and have been accused of being involved in the theft of fuel and held in the country since 5 March 2017. 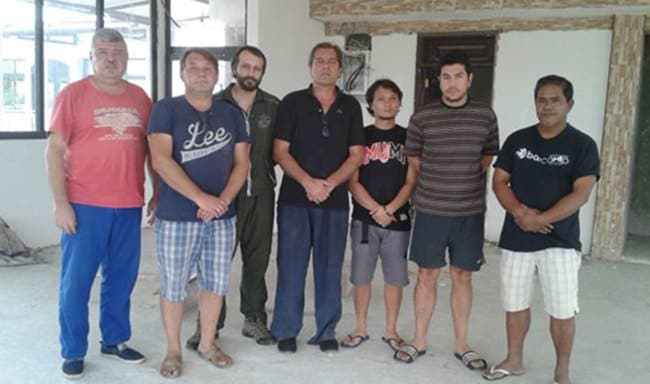 In a letter to the Angolan embassy in London, Mr Dickinson appealed for action to end the ‘shocking’ ordeal of the crew as soon as possible. The seafarers say they fear for their lives, and one has attempted to commit suicide.

Mr Dickinson said there was ‘deeply disturbing’ evidence that the crew had been denied a wide range of fundamental human rights. ‘In particular, Nautilus is concerned by the evidence that the crew have not had the right to independent legal advice and representation and have not been given adequate information about the basis on which the investigation is being conducted,’ he wrote. ‘Also very disturbing are the complaints that crew members have been pressured to sign documents which were not in their own language and that their vessel was searched under duress, with no explanation or justification given to them.’

The letter points out that criminalisation of merchant seafarers is a very important issue around the world, and there have been many incidents in recent times where the ship masters, officers and other crew members have been treated as scapegoats for accidents that have been far outside of their control or responsibility.

Against this background, the International Maritime Organisation and the International Labour Organisation had developed guidelines for the fair treatment of seafarers following maritime incidents. Countries around the world have been encouraged — since 2006 — to support the active implementation of these principles. ‘In the case of Sutton Tide, the information we have received indicates that the IMO/ILO guidelines have not been adhered to,’ Mr Dickinson added.

‘The guidelines state that investigations should be conducted in a “fair and expeditious manner” — something which cannot be said to describe the course of this incident.

‘In the absence of effective support from the ship’s owner and flag state, it is left to organisations representing seafarers to highlight this case and to appeal for justice to prevail,’ he told the ambassador.

‘As a country which is heavily reliant upon shipping and seafarers, Angola should be in the forefront of upholding international regulation and global principles. The shocking treatment of seafarers in such circumstances has a profoundly adverse impact on the recruitment and retention of maritime professionals and it is essential — given the multiple jurisdictions under which seafarers work — that they are recognised as a special category of worker entitled to fair treatment, protection against coercion and intimidation, and given access to legal, welfare and consular support.’