You are here: Home › Shipping News › Nautilus: Onboard Connectivity A Key Attraction For Crew
TwitterFacebookLinkedInPinterestBuffer

Almost two-thirds of Nautilus members would consider moving to a shipping company which offers better onboard connectivity, research conducted by the Union has revealed.

Initial results of the survey of almost 2,000 seafarers and 18 shipping company representatives were presented by Nautilus at a high-level workshop organised by the satcom services provider Inmarsat at the Crew Connect Europe conference. 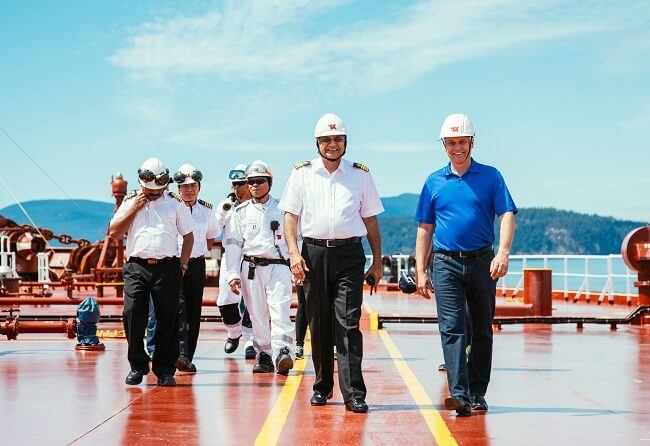 On the positive side, the meeting heard, the survey showed that 88% of members reported that their companies provide internet access for seafarers and only 4% said they could never get connected while at sea.

But on the downside, the study showed that only 57% have personal email access at sea, just 34% have social media access onboard, and only 6% can use video calling on their ships.

The roundtable — which was attended by shipping company representatives from the Netherlands, Denmark, Norway and Germany — considered whether shipowners’ concerns are valid and whether investment in good crew communications will be repaid with enhanced recruitment and retention rates.

The meeting also discussed the need for clear and simple agreed policies on crew communications, including the use of social media.

A full report on the Nautilus research — which is the most comprehensive study ever undertaken into crew communications — is due to be published during 2017 Seafarers Awareness Week in June.

Shipowners Urged To ‘Step Up’ On Safety Record