A sculpture design inspired by the Isle of Wight’s seaside heritage, natural beauty and the seascape and shore sculptures of the great 20th-century British sculptor, Dame Barbara Hepworth has won the competition to produce a theoretical design for a piece to be sited on the Cowes Breakwater in the historic maritime harbour.

Despite the strength of the field, an impressive 29 entries from four schools and home-taught students, Sound of the Sea, designed and named by Year 9 GCSE Art & Design student Ada Kohlmaier-Sims of The Island Free School was considered “an elegant and eloquent response to the brief”.

The judges, chosen for their landscape, design, artistic, maritime and local knowledge all have strong associations with the Island. Joining Cowes Harbour Master, Capt. Stuart McIntosh, was Alan Titchmarsh MBE, whose most highly publicised recent landscaping projects were a response to his Yorkshire heritage and Island life; international award-winning sculptor and Member of the Royal Society of Sculptors Louise Giblin who grew up on the Island and regularly visits family and to ‘recharge her creative batteries’; and Paul Armfield, former Head of Quay Arts, whose understanding of local historical and creative matters proved invaluable in translating the references in some of the more complex designs. 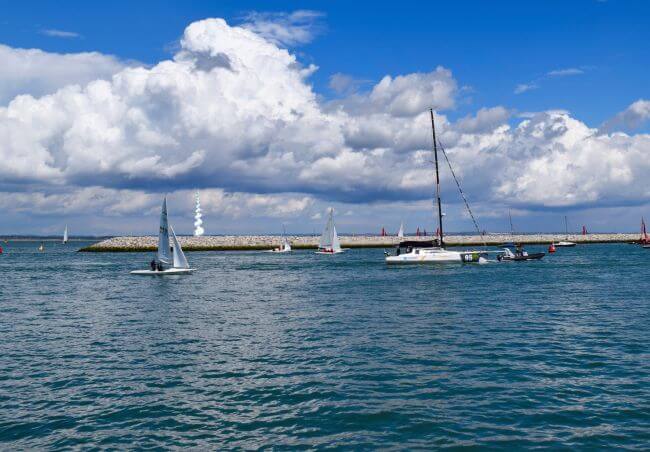 The Cowes Harbour Commission (CHC) competition called for a theoretical response; a design idea of a sculpture that could welcome seaborne visitors to Cowes and that would reflect its sailing traditions, maritime industry and the natural coastal environment. The panel concurred that all of the entrants were to be congratulated. The students had explored ideas, considered the work of other artists, used technology to project their design and there were several 3D responses that could be illuminated at night.

“The Sound of the Sea was one of several possible winners,” said Louise Giblin, “however, the small three-dimensional model had immediate appeal and we thought the name memorable, like Angel of the North, or The Little Mermaid. Its spiral shell-like form was in keeping with the natural sea environment, the white triangular shape would fit in with the shape and colour of passing sails, and the sculpture, when viewed from the sea, could complement Cowes seafront’s built environment, as well as being reminiscent of the Island’s shells and fossils.” 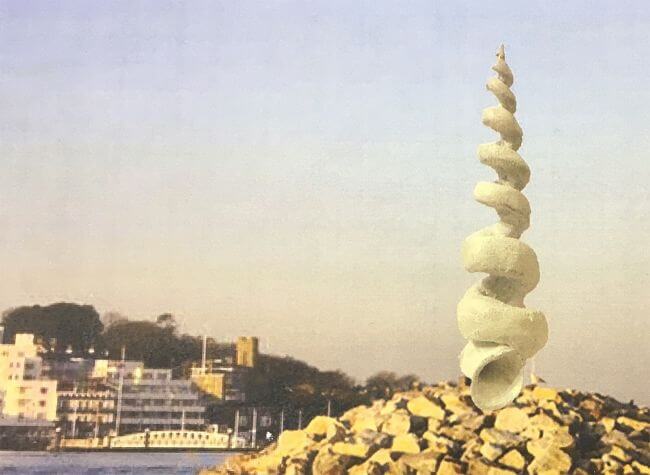 CHC devised the community competition to reward creativity, to publicise the Commission’s work and to encourage entrants to consider and celebrate their Island home; all of which have been rewarded by the students’ great response. That the winning entry could potentially lend itself to being redesigned into a viable, semi-permanent or permanent marine sculpture has been an incredibly positive outcome. Any realisation of such a project in the future would take account of responses from the local community and funding considerations.

Harbour Master Capt. Stuart McIntosh said: “I am delighted that this is the second schools’ competition CHC has run in recent years, bringing us closer to the local community and helping to raise awareness amongst young Islanders of Cowes’ historic maritime past, the Island’s marine environment, and employment opportunities within the marine industry.” 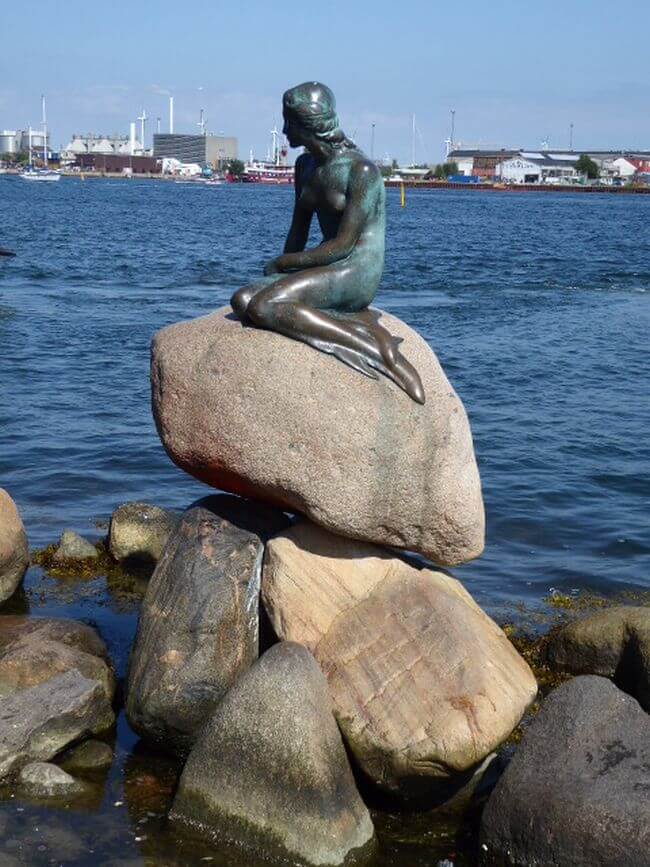 Alan Titchmarsh MBE, said: “It was such a rewarding competition; so much ingenuity and so many positive thoughts about a talisman that could become a part of the identity of Cowes. We were astonished and delighted, not only at the number of entries, but also the quality. We have chosen one that we think encapsulates the magic of Cowes as a coastal town and I really look forward to seeing the project come to fruition.”

Paul Armfield added: “It was a pleasure to be part of the panel; I was pleasantly surprised by the quality of the entries and especially impressed by the amount of thought and research behind them. The winner, quite literally stood out, both in its concept and the realisation of the design. It’s a beautiful sculpture that could soon become an iconic totem of the Island’s identity. It also pays homage to the special links that the Island has always inspired between science, the environment and the arts, from a 17th-century founder of the Royal Society Robert Hooke, through to the current-day marvel of Sandown’s Artecology.”

The competition entries will be on display at Cowes Harbour Office, Town Quay from 11th-22nd February (Monday to Friday, 0900-1700). The award winners will be presented with their prizes and meet the judges by invitation at an event to be held in Cowes on 1st March. Second and third place prizes have been awarded to Aaron Edmunds-Lamb of The Island Free School, and Marcus Kendall of Cowes Enterprise College. Also highly commended were the shortlisted entries by Millie Troy and Kate Murray- Smith, also from The Island Free School, and a joint entry from Joe Gregory, Oliver Cooper and Luke Wright of The Isle of Wight Studio School. All entrants will receive a certificate.

IMO: Customs And Ports Urged To Maintain Flow Of Critical Goods During Pandemic

UK’s Largest Port To Improve Its Resilience To Tidal Flooding