MSC Mediterranean Shipping Company confirms that significant progress has been made in an unprecedented clean-up operation in the North Sea and on the beaches of the Netherlands and Germany. We would like to thank the authorities and volunteers in these countries for their support in the response.

More than 250 containers fell from the ship “MSC Zoe” during a night of heavy weather on 2 January.

MSC responded as quickly as possible to the incident and immediately engaged Ardent Global, internationally-renown experts in marine salvage and emergency response, to coordinate the search at sea. 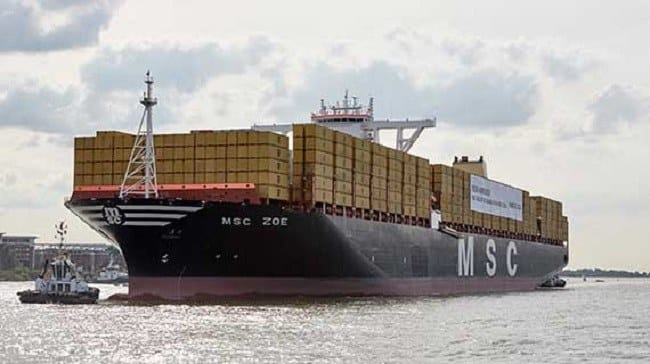 Sonar-assisted search has helped locate hundreds of objects in the water in recent days and these contacts are being evaluated by MSC’s contractors and the authorities. So far, 21 entire containers were washed up.

On behalf of MSC, a number of other contractors have been instructed for salvage and beach-cleaning on various sites.

By deploying 4×4 vehicles, tractors and specialist equipment such as a beach vacuum-cleaners the response operation has achieved significant progress on the Frisian islands of Terschelling, Vlieland, Ameland and Schiermonnikoog, in the Wadden Sea and on the mainland. In total 1220 metric tons of debris has been collected.

The operation has benefited from very significant support from the local authorities and municipalities, including voluntary helpers, and MSC regrets the disruption to local communities from the events of 2 January. MSC continues to urge members of the public to exercise caution when encountering debris on the beaches, as per the company’s earlier statement of 4 January.

This week, a storm is impacting the area being cleaned and unfortunately this will interrupt some operations. Response teams nonetheless remain vigilant and are proactively monitoring for any subsequent recharging of beaches with materials from MSC Zoe, as a result of the weather and sea movements.