The Swiss-Italian ocean carrier MSC is embarking on an aggressive expansion path, which could see it overtake Maersk by the end of 2016 to become the world’s largest container line. MSC was recently linked to two new sets of orders for 19,000 teu ships, bringing its total order book to over 610,000 teu.

China’s Bank of Communications Financial Leasing Co. (BCLC) has signed or- ders for three 19,000 teu ships at Daewoo (DSME), backed by long term char- ters to MSC, adding to three similar units ordered in July last year. In addition, MSC is also linked to orders for three 19,200 teu ships at Samsung H.I. by Scorpio Group, with options attached for two or three more units. The Samsung deal however, has not been formally confirmed yet. Together, these orders bring the total number of firm contracts for 16,000-19,000 teu ships linked to MSC to 17 units, which could increase further if options are converted. 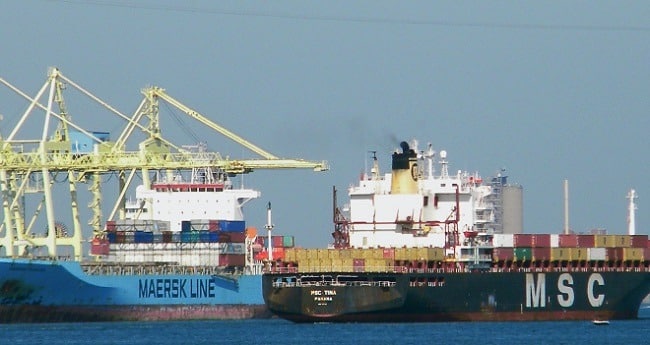 In addition, MSC has commitments for some 35 wide-beam neo-panamaxnew- buildings of 8,800-9,400 teu. All of MSC’s ships on order are slated for delivery in 2015 and 2016, with the carrier’s total operated capacity expected to rise from 2.50 Mteu currently to 3.00 Mteu by the end of 2016. This capacity fore- cast includes projections for some 110,000 teu expected to be scrapped or disposed of by MSC over the next two years.

MSC Reports Another Successful Year For Its Reefer Cargo Services