The biggest container ship in the world, the MSC Maya, made its maiden call at Southampton on Tuesday, 15 December.

The 395.4m vessel, which can carry a world-leading 19,224 containers, is just the latest giant container vessel to call at the port in recent weeks.

As well as being the biggest, the vessel, which is named after Maya Aponte the four-year-old daughter of MSC President and CEO Diego Aponte, uses cutting-edge technology to make it one of the greenest vessels on the sea. 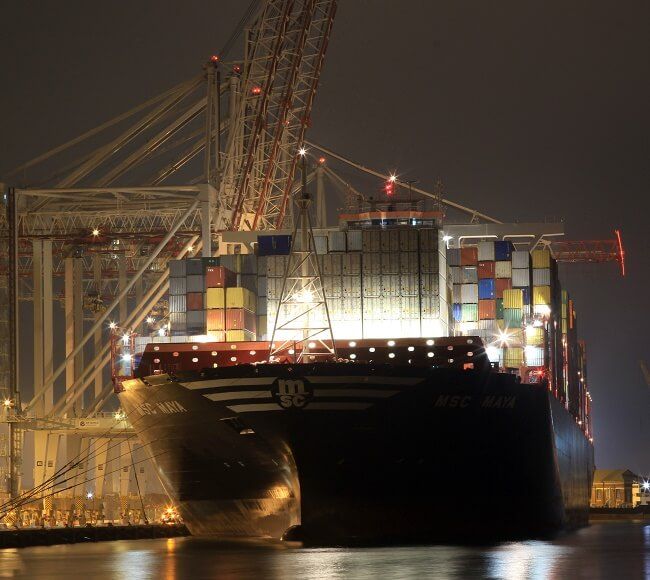 She is the first of the four Oscar class vessels to call at the port’s container terminal.

Her visit is just another record-breaking call for SCT5, the £110m new 500m berth at the container terminal, operated by DP World Southampton and opened by Olympic sailing legend Sir Ben Ainslie in March 2014.

In October, the port saw the deepest draft departure yet when the MOL Quartz sailed to the Far East; followed by the deepest draught arrival on record with berthing of the CMA CGM Vasco de Gama last month.

Nick Ridehalgh, ABP Director Southampton, said: “The arrival of the MSC Maya, together with our recent run of ultra large container vessels, is further evidence of Southampton’s ability to handle the world’s biggest ships.

“The Port’s ability to handle these huge vessels, combined with our sector leading service levels, will ensure that Southampton continues to offer a compelling proposition to the market and remains at the vanguard of deep sea container capability.”