On Tuesday 4th April, at approximately 1030hrs local time, a fire was reported onboard the MSC Daniela. The vessel was sailing from Singapore enroute to Port Said when the fire broke out toward the bow of the ship.

The crew immediately initiated emergency procedures and attempted to control the fire. 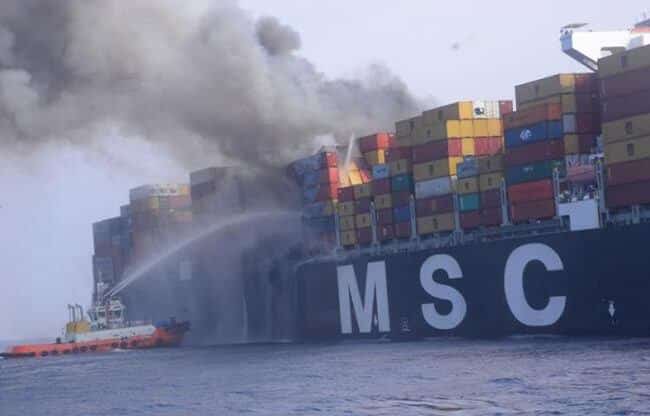 MSC, in coordination with the local and national authorities, undertook a concerted effort to extinguish the fire which involved tug-boats, a specialised fire-fighting vessel and a helicopter. MSC is pleased to confirm that no injuries to the 22-man crew have been reported.

The fire was brought under control at approximately 0630hrs local time on Wednesday 5th April.

MSC is currently in discussion with the local authorities to berth the vessel at the appropriate time. Once the ship is considered safe, an investigation into the cause of the fire will be formally initiated.

The extent of the damage and cargo losses will not be known until the vessel has safely berthed and has undergone a thorough inspection. Customers with cargo on-board the MSC Daniela should contact their local MSC office.

MSC will provide further information when it becomes available.