MSC Mediterranean Shipping Company has discharged cargo originating in the United Arab Emirates in Israel for the first time since the landmark mid-September agreement to normalize relations between the two countries.

The container ship MSC PARIS, operating on MSC’s Indus Express service, offloaded boxes of cargo in Israel’s Haifa Port this week, during a voyage which began in Abu Dhabi and called in Dubai, ports in India and Pakistan before reaching the Mediterranean via the Suez Canal. 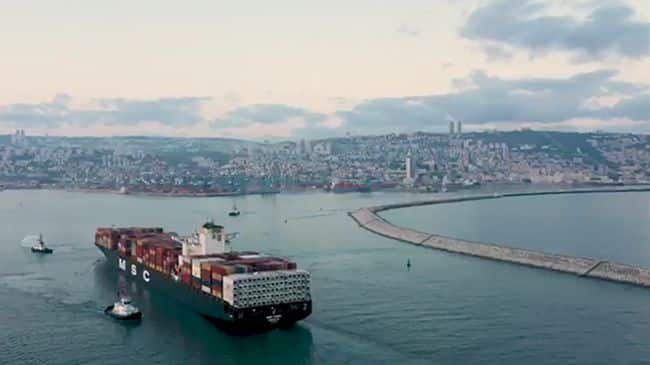 After a ceremony at the port, the vessel of 8000 TEUs proceeded towards the USA to conclude its voyage. The call by MSC PARIS was highlighted by Prime Minister Benjamin Netanyahu on Twitter, commenting that the new trade route would help strengthen the Israeli economy.

As a global leader in shipping and logistics, MSC is proud to connect all continents with more than 200 services calling at 500 ports. Having operated in the UAE and Israel countries for decades, MSC is now even more proud to be linking these two important economies with the direct Indus Express service.