As the latest measure to alleviate hardship on seafarers, MSC has joined forces with peers across the maritime value chain in a worldwide call to action to end the unprecedented crew change crisis caused by COVID-19.

Hundreds of thousands of seafarers are stuck at sea since crew changes were banned by many governments to help curb the spread of COVID-19. This has led to serious consequences for seafarers’ physical and mental well-being, as well as risking serious disruptions to global trade. 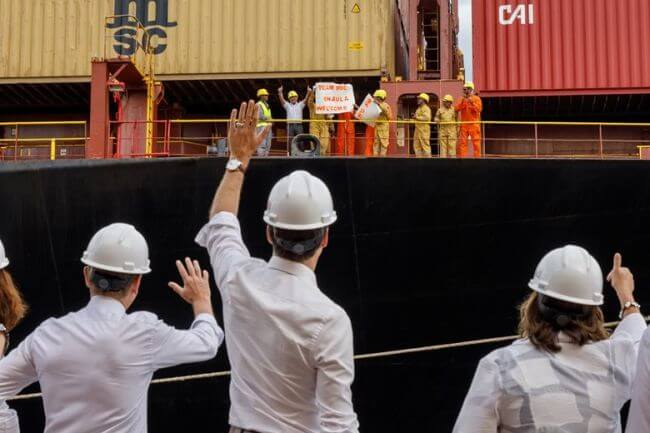 In order to accelerate action to solve the issue that has spiralled into a humanitarian crisis at sea, MSC has signed the Neptune Declaration on Seafarer Wellbeing and Crew Change. The declaration defines four main actions to facilitate crew changes and keep global supply chains functioning:

“As we move in to the second year of the COVID-19 pandemic, the health and well-being of our seafarers is at the top of our minds. The urgent matter of facilitating seafarer repatriations and crew changes is a vital one that needs immediate attention,” said Soren Toft, CEO MSC.

“On top of MSC’s efforts last year to bring the critical issue of crew changes to the attention of governments, we believe it is more important than ever to appreciate the valuable contribution that seafarers bring to the global economy and to ensure that these people are recognised as key workers. Seafarers and shipping have kept the world moving amid COVID-19 lockdowns and it is imperative that governments give full support to alleviate the crewing crisis and keep trade flowing unhindered,” Soren Toft continued.

MSC crewing offices have been in close contact with seafarers and their families to provide support since the issue began. In addition to working collectively through industry associations to improve the situation for the seafarers, MSC has also engaged directly with intergovernmental bodies and officials in certain countries to address specific situations and as a result some have agreed for allowing crew change in their countries and have approved a standard of protocols to be followed. MSC stands by its seafarers and continues to work hard to ensure they are given the support and good treatment that they deserve.

Despite all these significant efforts by shipowners, international organisations and some governments, the situation is only getting worse as new travel bans are implemented. To seek a solution to this humanitarian crisis, it is crucial that national governments recognise seafarers as keyworkers, strict health protocols are followed onboard and onshore, and the air links between crew change hubs and major seafaring nations are restored.

Learn more about the Neptune Declaration and see the full list of undersigning companies and organizations here.