Following the above incident in Singapore territorial waters on 13 September 2017, two new bodies have been identified to be missing crew members of JBB DE RONG 19. 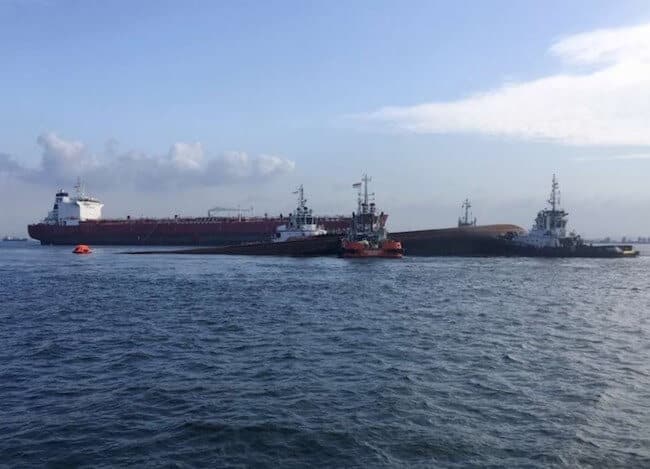 Of the 12 crew members on JBB DE RONG 19, seven have been rescued, and four bodies, including the two new ones, have been recovered and identified. The last crew member remains missing.

The Maritime and Port Authority of Singapore will continue to issue safety broadcasts to ships in the area to keep a lookout for the last crew member.

Solo Ocean Rower Lia Ditton Returns To The Ocean Post Recovery From Record 86 Days Alone At Sea
We use cookies to ensure that we give you the best experience on our website. If you continue to use this site we will assume that you are happy with it.OkRead more