Today marks one month since the ITF told the world’s governments that ‘Enough is Enough’ and that the global union federation and our affiliates would be assisting the world’s seafarers in enforcing their right to stop working, get off and be repatriated to their homes and families, following completion of their contracts.

Today also marks two months since the ITF and our partners in the Joint Negotiating Group of maritime employers (IMEC, IMMAJ, KSA and Evergreen; jointly known as JNG) gave governments a final ‘implementation period’ to put in place practical measures in accordance with the protocols outlined in 12-step roadway released by the International Maritime Organisation (IMO) on 5 May 2020.

In the period between those important dates and today, there has been some positive movement, but too little progress by governments to bring in the practical exemptions and protocols needed to support functioning crew changes across the world. 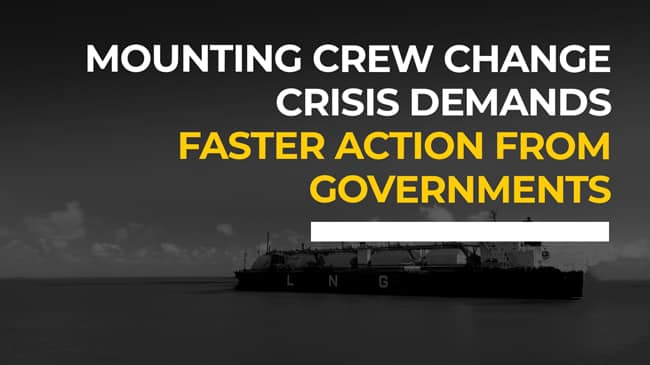 There remain hundreds of thousands of seafarers unable to stop working and return home, relieved by fresh crew. While a shortage of international flights is a major factor, the biggest reason remains border and travel restrictions introduced by governments to combat the spread of Covid-19. The ICS has estimated that at least 400,000 seafarers are now affected by the crew change crisis caused by government Covid-19 border and travel restrictions. This includes both those trapped working aboard ships and those waiting to join ships to start receiving wages again for themselves and their families.

We estimate, based on extrapolating the latest data from IBF-covered ships, that there are now approximately 300,000 seafarers worldwide trapped working aboard ships due to the crew change crisis and an equal number of unemployed seafarers waiting to relieve them on those ships, who are ashore. That makes 600,000 seafarers affected by this crisis.

Governments must wake up and realise that without a return to successful crew change; it is simply not sustainable or acceptable to have a growing number of tired and fatigued seafarers trapped working aboard ships. Seafarers and their unions are deeply concerned about the risk to life, property and the environment as the chances of a major catastrophe or catastrophes rises daily. People will die and coastlines will be polluted.

There are good reasons why we have global regulations, regulating the maximum amount of time a seafarer can work under the Maritime Labour Convention. There are good reasons why we have the SOLAS Convention, the International Safety Management (ISM) Code, and Standards of Training and Watchkeeping (STCW). All of the relevant conventions are in place as a result of and in response to potential catastrophe. Urgent action is required NOW to avoid disaster.

Throughout this emerging crisis, the ITF and our social partners have been doing everything we can to raise the alarm and push for the practical changes that would enable crew changes. We have worked together to find practical solutions and propose these to governments.

Our efforts led to the United Nations’ adopting, via its specialised agency for maritime, the IMO, our proposed framework of protocols for crew change, including visa exemptions for seafarers. At the time, the adoption of these protocols represented a major breakthrough with governments, as they acknowledged the seafarers’ crucial contribution to world trade and the global supply chain. This international recognition was strengthened when the United Nations’ International Labour Organisation (ILO) became involved, reminding governments of their obligations in maritime conventions C108, C185 and the Maritime Labour Convention.

The ITF and our social partners gave governments an ‘implementation period’ of 30 days to introduce the necessary changes as port states, flag states and as the home countries of seafarers, to facilitate effective crew change. Upon the expiry of this implementation period, in June, we announced that ‘Enough is Enough’.

This line in the sand made it clear that the ITF and our affiliates are prepared to support seafarers in exercising their right to stop working, get off, and return home to their families, once their contract has finished and it is safe to do so. In the last month, we have provided advice and assisted thousands of seafarers on how they can enforce this fundamental right.

We are confident that by making it clear that seafarers will not simply accept working on vessels forever without relief, we have significantly increased the global pressure on governments to resolve this crisis. The ITF’s actions have meant that there have been some areas of progress.

We commend the administrations of Canada and Hong Kong for introducing options for seafarers to disembark and be relieved by fresh crew, with minimal risk to the public of those places. The United Kingdom has also played its part, despite having relatively few seafarers around its shores. We are hopeful that the Philippines’ ‘green lanes’ announced in July may see an effective way for the return and relief of this major seafaring workforce.

But some governments have gone backwards. We have seen nations withdrawing shore leave for seafarers or restricting the numbers of people allowed to enter their borders each day. This will not assist a return to safe and sustainable global shipping industry, with functioning crew change, and such actions will not provide the humanitarian relief seafarers desperately need.

In July, we welcomed commitments by 13 governments at the International Maritime Virtual Summit on Crew Changes hosted by the United Kingdom. They pledged to introduce visa, border and quarantine exemptions for seafarers. The ITF and our affiliates will be following up with those governments to ensure they action these pledges, and that they support the operation of more flights to get seafarers to and from ships. Furthermore, the ITF and our affiliates will be challenging the governments of countries which rely on maritime trade to pull their weight and join the move toward progress by making their own pledges. Such countries would include the likes of Australia, China, India, Russia and Ukraine.

Going forward, the ITF will be: