You are here: Home › Shipping News › More Than 1000 Filipino Seafarers Got Vaccinated On The Day Of The Seafarer
TwitterFacebookLinkedInPinterestBuffer

Over 1,000 Filipino seafarers received the COVID-19 vaccination on International Day Of The Seafarer on June 25th. In Taguig City, 500 seafarers took their COVID-19 jab while 550 took theirs in Manila. In Davao, Iloilo, and Cebu the numbers recorded were 150, 93, and 25 respectively. 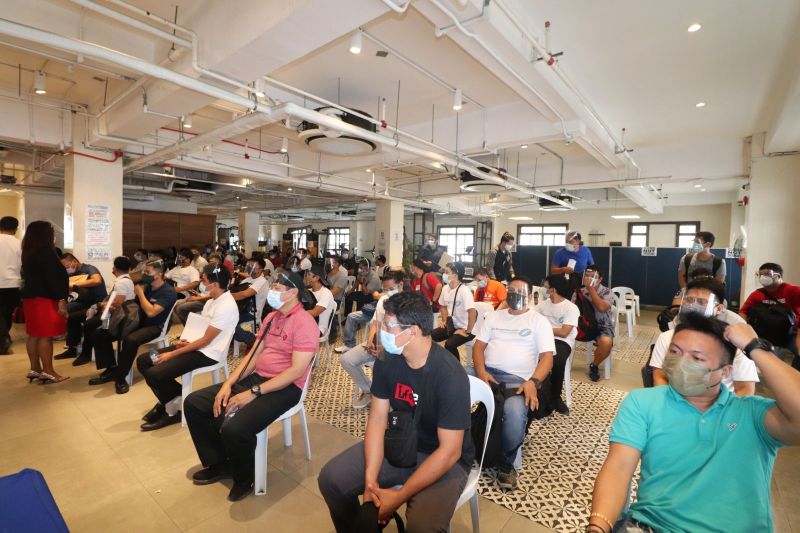 The vaccination drive had been led by the Associated Marine Officers and Seamen’s Union of the Philippines (AMOSUP). The event venue was the Amosup’s Seamen’s Hospital in Intramuros, Davao, Cebu, and Iloilo where healthcare workers administered the Pfizer-BioNTech vaccines. The event is the first of its kind, COVID-19 vaccine drive that had the maximum number of seafarers vaccinated on a single day till date.

Jasmin Labarda, a 35-year-old captain said that after almost 20 countries, endless port calls, at least 13 RT-PCR and Antigen tests, six NAIA international arrival, and departures, “napabakunahan na rin”. She added that now that she is vaccinated, she wants to help out by spreading the words to those who are not vaccinated yet.