The Ishin, owned by MOL and operated by its group company Nihon Tug-Boat Co., Ltd., and Japan’s first LNG-fueled ferries-the Sunflower Kurenai (Note 2) and Sunflower Murasaki (Note 2) – are under construction and slated for operation by Ferry Sunflower Limited.

The three vessels had already earned the highest rating of four stars under the ministry’s temporary rating system, and with the system in full operation, have once again received top honors. 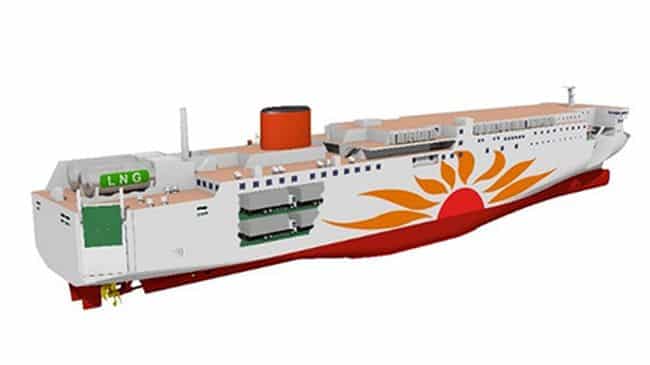 The Sunflower Kurenai and Sunflower Murasaki are slated for launching from the end of 2022 through the first half of 2023 on the Ferry Sunflower-operated Osaka-Beppu route as an alternative to existing vessels.

The MOL Group sets “Promotion of environmental strategies and development of the emission-free business into a core business” as a core strategy in its Rolling Plan 2020 management plan. The group continually develops technologies for LNG-fueled ships and strives to reduce the environmental impact of its operations.