The government of Uruguay recently cancelled its contract with GNLS S.A., a 50-50 joint venture between ENGIE of France and Marubeni Corporation, and announced plans to continue the project by using MOL’s FSRU.

MOL also reached a basic agreement with Gas Sayago to go ahead with the project under the new project structure. 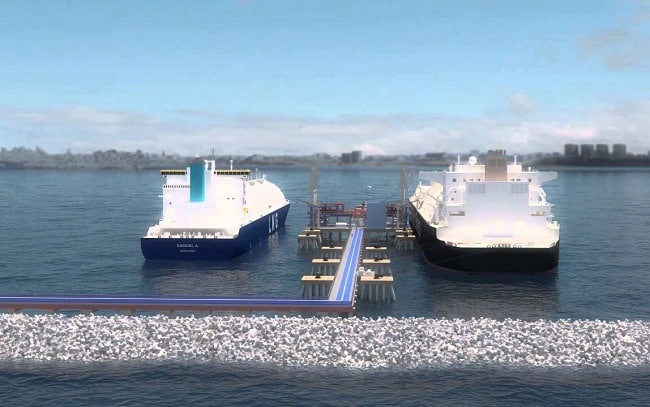 In October 2013, MOL signed a 20-year charter contract for an FSRU in the port of Montevideo, Uruguay, with GNLS, which was entrusted with the construction, ownership, and operation of the terminal project. This is the first FSRU project in which MOL will solely build, own, and operate the facility.

The FSRU that will serve the project is under construction at Daewoo Shipbuilding & Marine Engineering Co., Ltd., in South Korea. It will be equipped with the largest LNG storage tank (263,000m3) of any FSRU in the world, and is expected to arrive in Uruguay and be ready for service in mid-2017.

FSRUs receive liquefied natural gas from LNG carriers, regasify it, and transmit it under high pressure to pipelines on land. The technology reached the practical application stage in 2005, and projects are now underway all over the world as an effective solution to developing LNG terminals in less time and at lower expense than conventional land-based terminals. MOL anticipates continued growth in the FSRU field, and is aggressively seeking new opportunities, drawing upon more than 30 years of experience and a strong track record in loading/discharging, vessel operation, and maintenance.