In this project, information, such as other ships sailing around the vessel and landmarks like buoys at sea, can be shown on tablets and other displays, based on data from the Automatic Identification System (AIS). Images of landscapes taken from the bridge can also be shown on the same tablets, and these images will overlap with AR to provide visual support to crewmembers operating ships and keeping watch during voyages. 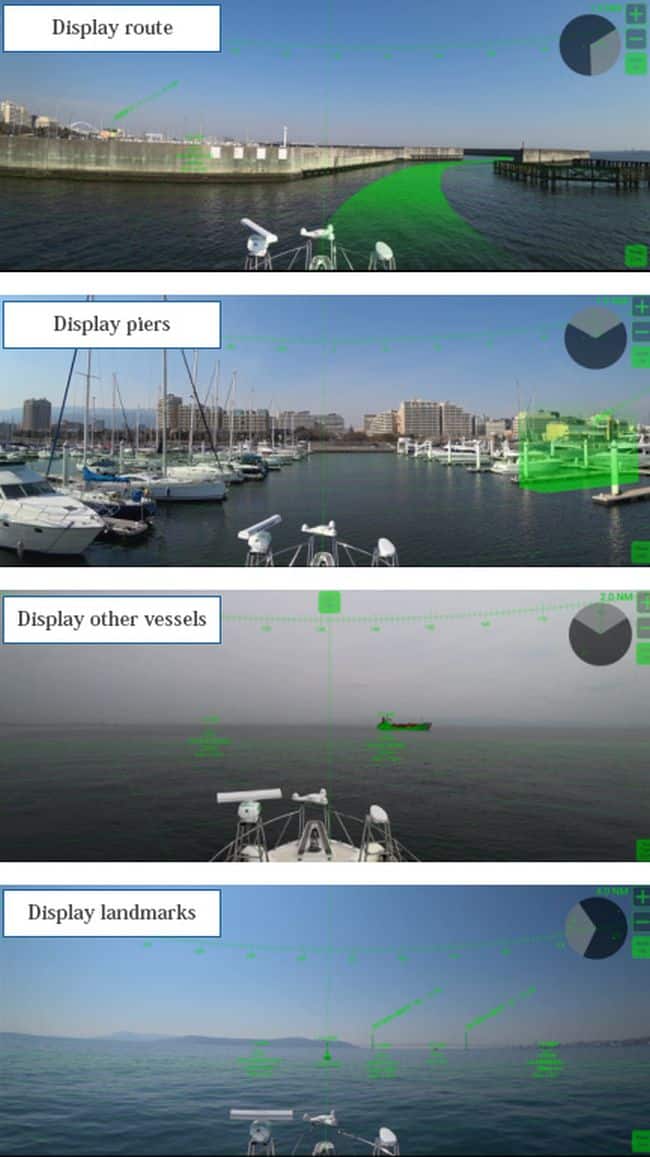 MOL is looking at ways to overlap displays of obstacles taken by radar, adding an Obstacle Zone by Target (OZT), which is an algorithm to prevent collisions between vessels, and supplementing displays of obstacles using image recognition technologies to expand such functions. Functions will be improved during FY2018. In addition, MOL expects this technology to play a key role in realizing autonomous ships in the future.

MOL has moved ahead with advanced support of safe operation and reduction of its environmental impact, as set out in the “ISHIN NEXT – MOL SMART SHIP PROJECT -,” started in November 2016, and aims to become customers’ first choice as a logistics partner by applying ICT technology to improve service quality and efficiency.