In the TrAM project 14 project partners work together to develop a zero-emission fast going passenger vessel through advanced modular production. “Trying to change the industry’s perception of modular and more standardized vessels has been the biggest challenge,” say modular experts Tobias Seidenberg and Christoph Jürgenhake of the Fraunhofer Institute for Mechatronic Systems Design IEM.

In addition to developing and building a zero-emission demonstrator fast ferry, the TrAM project aims to develop never-before seen modular design and production methods for such vessels. The project is revolutionary both in terms of zero emission technology and manufacturing methods, and will contribute to making electric-powered high-speed vessels competitive in terms of both cost and the environment.

From cars to ships

“Today ships are most often designed as a one-off, even though many of them are built according to almost exactly the same specifications. We are examining the opportunities for creating modules that can be reused across application cases. By combining advanced modular production principles with ship design and construction methods, the TrAM project will develop a more efficient modular system integration than the currently favoured function orientated modularity systems,” says M.Eng. Tobias Seidenberg of project partner Fraunhofer IEM. 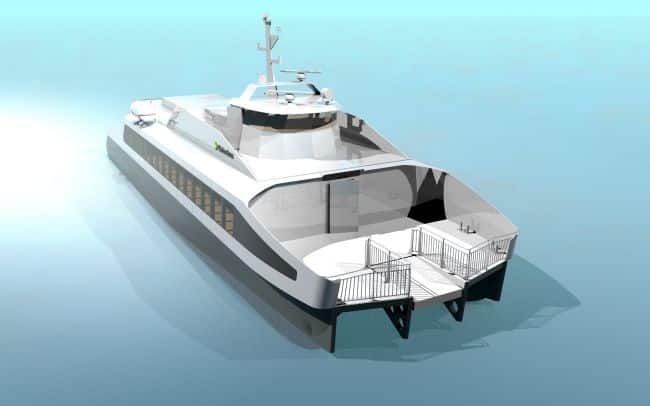 The German institute has worked on modular architectures for cars for major customers such as the Volkswagen Group, and leads TrAM’s work on adapting modularity models from the automotive and aviation industry to the needs of the maritime industry. The proposed modular concept will be validated and refined through one physical demonstrator and two replicators. The demonstrator will be a zero-emissions passenger ferry that will service a multi-stop commuter route into the Norwegian city of Stavanger from January 2022. The replicators will be developed for the rivers and channels in London and Belgium.

“In essence, the project is about how to build the same ship for different purposes – creating one ship family for three different routes. Our goal is to develop a modularisation methodology that allows all three vessels to have the same systems and interfaces inside the hull and the same rough structures – maybe with a partly different hull shape for each vessel,” elaborates Dr. Ing. Christoph Jürgenhake at Fraunhofer IEM. He brings several years’ experience with modularisation from Airbus to the TrAM project. 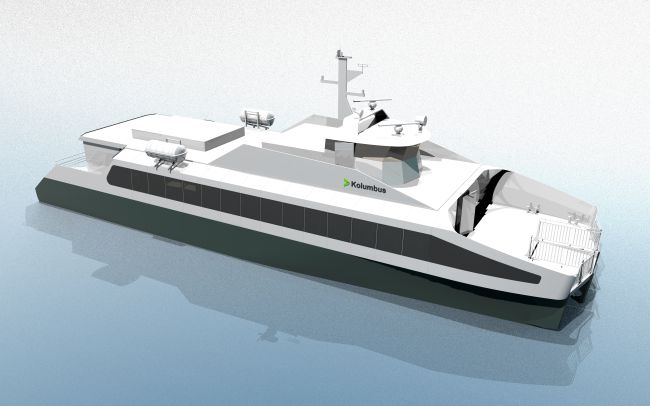 Modularisation is often explained as using the “Lego principle” in design and construction. But Fraunhofer’s function first approach is noteably different from that of the traditional mechanical designer.

It’s what’s inside that counts

Initially, the two colleagues were concerned that the project would only lead to very abstract modularisation models, like general design and production guidelines. But during the first year and a half of their research, ideas for specific TrAM modules have emerged.

“Together with colleagues from the Strathclyde University in Scotland we are thinking about modularising different sections of the hull, allowing the hull to be more easily adapted to each use case. But the essence of the TrAM modularisation effort is to have the complete inside and the interfaces of the vessel in easily adaptable modules,” Jürgenhake says.

One proposal includes a modular bridge arrangement. “It became obvious to us that there’s no reason to build a different bridge for each of the three TrAM vessels. We are currently thinking of a bridge module that can be equipped completely by the supplier and adapted to each use case. This is a huge benefit for the shipbuilder, allowing plug and play during construction of the next vessels in the family.”

They also have ideas for a modular power module in which all the batteries and power electronics are stored on the upper level of the vessel instead of inside the hull.

“This is an advantage for the future. We know that battery technology will develop rapidly in the coming years, and to have the power module as an easily accessible unit on top of the vessel will benefit future retrofitting, allowing easier battery replacement or integration of new power sources like fuel cells,” Seidenberg says.

Interior modules like cafeterias are also being looked into. “For example, in London, buying snacks and beverages on board constitutes a substantial part of the customer experience. We would like to see a modularised cafeteria on the TrAM vessels. If there is enough space, this can be a manned cafeteria, but the module could also consist of self-service vending machines. Regardless of size, the key is to have all the interfaces for cafeteria services planned into your hull, including freshwater supply, energy supply, and more.” This feature will also afford future owners increased flexibility to modify the cafeteria area, Seidenberg explains.

Jürgenhake and Seidenberg are clear on the biggest challenge in the project so far. “In general, the main challenge has been to convince the transportation and maritime industries that modularisation is a good approach in ship design, to open their eyes to a new mindset,” says Jürgenhake.

Both he and Seidenberg believe modularisation can and should change the way ships are ordered. “There is a dominant belief that complete optimisation is the only way to design a ship. This is a result of today’s extremely specified tender processes, which lead to one-off ships due to all the requirements vessel owners include in their tenders.” He cites a common example: “Why specify a rigorous top speed if a vessel only uses that speed 10-15 percent of the time, and still keeps to its timetable?” Jürgenhake asks.

“The maritime industry also has a strong focus on initial price,” Seidenberg adds. “We believe the industry needs to look more at lifetime costs, like the aviation industry does. We are now in the process of validating estimates showing that the lifetime cost of a cheaper, more standardised modular vessel actually can be lower than an individually designed ship operating on the same route. If our numbers are correct, I believe this will be an eye-opener,” he says.

As the demonstrator vessel moves into the detailed design phase, Fraunhofer IEM’s task is to document all their findings. They expect to finish up in September or October. “Our scope of delivery to the project will be the methods used to modularise the vessel, accompanied by examples and suggestions. We would also like to include some sort of configurator tool, visualising the methodology for the shipbuilder through examples from the three TrAM use cases and showing what you can achieve by modularisation,” Seidenberg concludes.

Construction of the demonstrator vessel will commence in early 2021. The fully electric fast ferry is scheduled to enter commercial operation for Kolumbus in Stavanger on January 1st, 2022.