You are here: Home › Shipping News › Mitsubishi Corporation Participates In FPSO Project In The Gulf Of Mexico
TwitterFacebookLinkedInPinterestBuffer

Mitsubishi Corporation (MC), together with Nippon Yusen Kabushiki Kaisha (NYK Line), has entered into a joint venture with SBM Offshore N.V. (SBM), a global leader in the FPSO sector, for the charter, operation and maintenance of a Floating, Production, Storage and Offloading (FPSO(1)) system for Shell Offshore Inc. in the US Gulf of Mexico.

This FPSO, constructed by converting a crude tanker, will be installed for use in development at the Stones Oil Fields(2) off the US coast of the Gulf of Mexico. The FPSO will be operated by Shell Offshore Inc. and is scheduled to enter into operation from 2016. 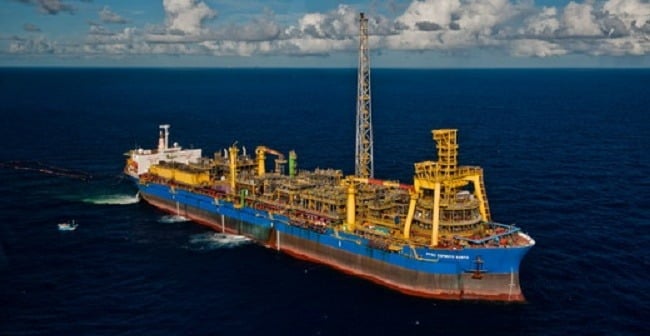 The number of projects being planned for development in offshore oil and gas fields, including those in the Gulf of Mexico, is gradually increasing, while offshore oil production is projected to increase along with mid- to long-term growth in global demand for oil. Once installed, the FPSO Turritella will be operating at the world’s deepest such offshore development site, covering a water depth of some 2900 meters.

This project marks the fourth such for MC. Based on a long-term cooperation agreement signed with SBM in February 2011, MC has since participated in the development of an FPSO for use in the northern part of Sapinhoa oil field and two FPSOs for use in the BM-S-11 block located off the coast of Brazil. Through this long-term cooperation agreement, MC will proactively seek to continue expanding its FPSO business worldwide.

(2) Stones Oil Fields: An offshore oil field located 320 kilometers off the coast of Louisiana, U.S.A, at a water depth of 2,900 meters. Stones is owned by Shell Offshore Inc.

(3) Disconnectable Turret: Anchorage system which enables the FPSO to be detached and towed away in the event of an approaching hurricane.